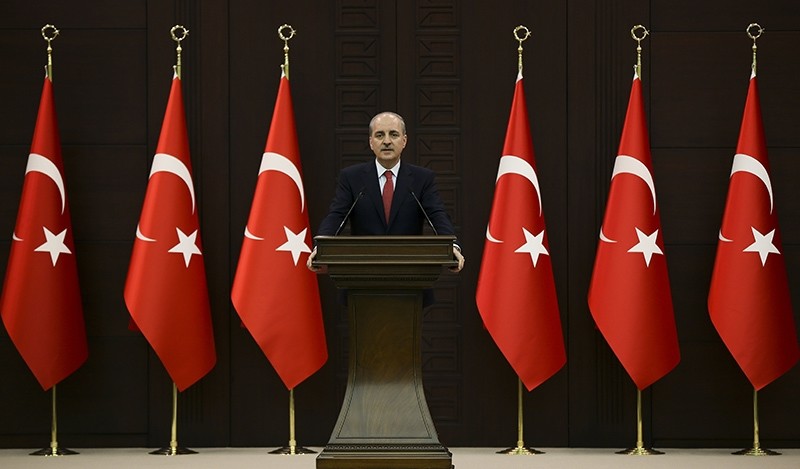 In a series of messages posted on his official Twitter account, Kurtulmuş said that Daesh, PKK and its Syrian offshoot PYD and YPG have all launched attacks on Turkey following the brutal coup attempt.

He noted that Turkey will not turn a blind eye to the terrorist attacks on its soil and utilize all legitimate rights prescribed by international law to respond to the threats directed against it from across the borders. He added that Turkey has been targeted by rocket attacks from across the border and has lost many citizens in these attacks by terrorist organizations in Syria.

''A strong, effective and determined operation has been launched with the Operation Euphrates Shield, against all terrorist groups'' Kurtulmuş said, and added that Turkey will not stay turn a blind eye to terrorist organizations controlling the borders.