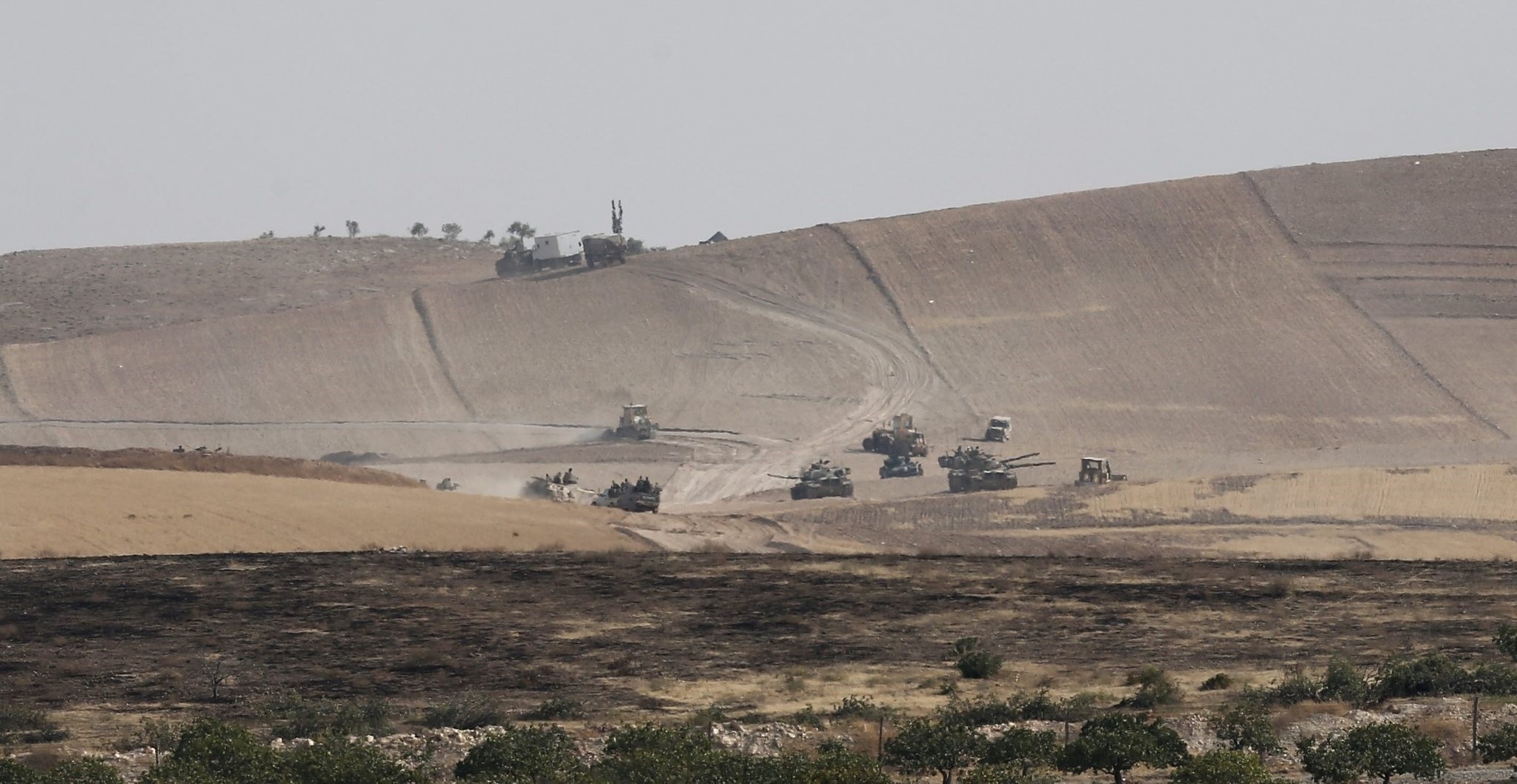 One Turkish soldier has been killed and three others injured in a rocket attack by the U.S.-sponsored YPG terror group, who launched against two tanks involved in Turkey's military offensive against Daesh in the Syrian town of Jarablus.

The casualties are the first for Turkey since the launch of Operation Euphrates Shield on Wednesday, to rid the border region of terrorists.

Speaking on condition of anonymity due to restrictions on talking to the media, a military official said Russian-made Kornet anti-tank missiles were launched at two Turkish tanks, in the northern Syrian city freed from Daesh.

The tanks were hit 7 kilometers south of Jarablus, where Turkish forces helped the Free Syrian Army (FSA) to clear Daesh terrorists from the area. The rockets were fired from an area where the YPG militia is known to have been active. 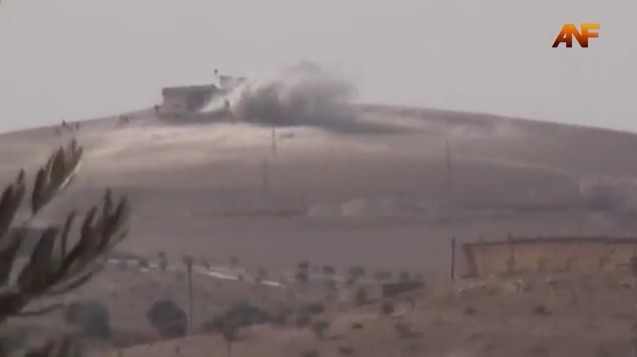 A PKK-affiliated news agency released the footage of the YPG terrorists' attack on Turkish tanks. In the footage uploaded by Fırat News Agency (ANF) to the video-sharing website Youtube, YPG militants are first seen launching a rocket against a Turkish tank, inflicting minor damages. 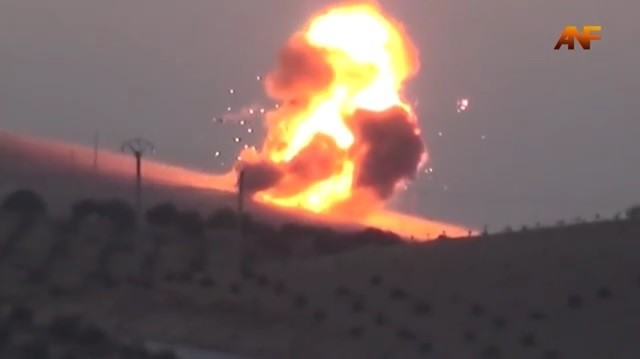 In the second part of the video, the conversation between YPG terrorists are clearly heard. After the launch of the rocket, one terrorist says in Kurdish "[He] has launched it... It looks like it is going to hit... Come on... It's coming, it's coming..." After a brief period, the rocket hits the tank, causing a severe explosion. Terrorists are heard celebrating the hit. "Hit it comrade, hit it... Hit, hit, hit... Hooray, hooray, hooray... Ammunition is exploding... Come on... Hit it. No one can enter these lands without permission, right? (Voice on the radio confirms his words) The fire of Nevroz is burning, the fire of independence... Comrade, two tanks have been destroyed... Ammunition is exploding... Hooray, hooray, hooray... Long live the Jarablus assembly." The Jarablus assembly refers to the body founded by the YPG-dominated Syrian Democratic Forces (SDF) for the liberation of Jarablus from Daesh.

Ankara has frequently voiced its concern over the activity of PYD's armed wing People's Protection Units' (YPG) along the Turkish border, and has been rigid in its stance of not allowing the PYD terrorist group to found any kind of de facto Kurdish state in northern Syria.

Despite consistent U.S. calls to retreat to the east of the Euphrates River, PYD units have not complied with the demands of the U.S. and Turkey, and the group has continued its offenses northwards amid the conflict between Turkish-backed moderate opposition forces and Daesh terrorists.

The YPG — the Syrian affiliate of the terrorist PKK — has been expanding its dominance west of the Euphrates River in Manbij region since late December, reinforcing its presence in the region using the fight against Daesh as a pretext.