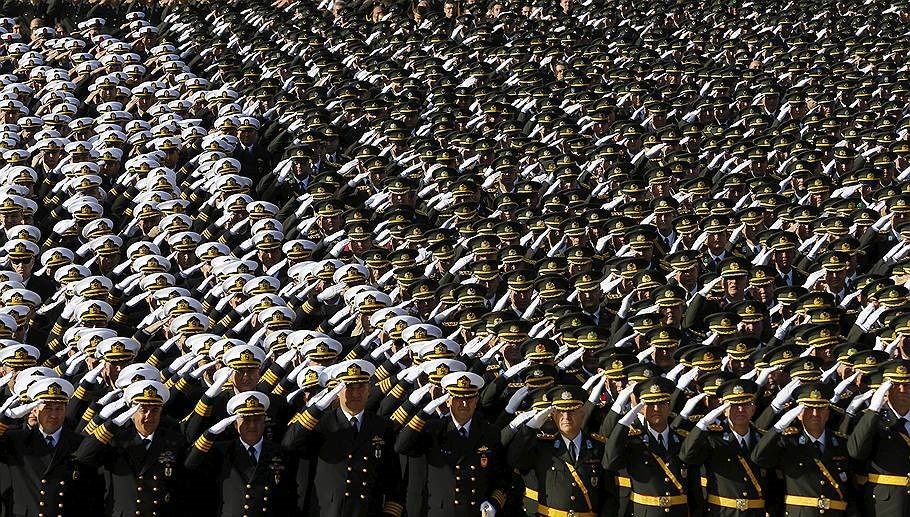 The Turkish military discharged over 800 personnel from service, while Turkey's top judicial body the HSYK dismissed over 500 judges and prosecutors as part of an ongoing probe into the Gülenist terror-cult following the July 15 failed coup attempt.

A total of 820 Land and Sea Forces personnel were discharged, the statement released by the Defense Ministry said, adding that 648 out of this number are in custody.

The latest round of discharge includes commissioned and non-commissioned officers, but no generals, it said.

Thursday's dismissals raise the total number of discharged personnel to 4,451, including 151 generals.

On August 20, 44 military officers, including three colonels, one lieutenant colonel, five majors, 34 captains and one non-commissioned sergeant were detained and brought to Istanbul's Çağlayan Courthouse for questioning.

Meanwhile, 543 judiciary personnel were dismissed from their professions, rising the number of the already dismissed to 3,390.

The general assembly of Turkish Supreme Board of Judges and Prosecutors (HSYK) decided to dismiss 543 of 648 suspended judges and prosecutors.

The decision was made under a statutory decree issued in July during Turkey's current three-month state of emergency.

On August 24, the HSYK had dismissed a total of 2,847 suspended judges and prosecutors.

Yıldırım also said 5,187 people were still under investigation. So far, nearly 80,000 civil servants have been suspended from duty while just over 5,000 have been dismissed, he added.

Turkey has said Gülen is the mastermind behind a failed coup attempt last month that killed 240 people and injured nearly 2,200 others.