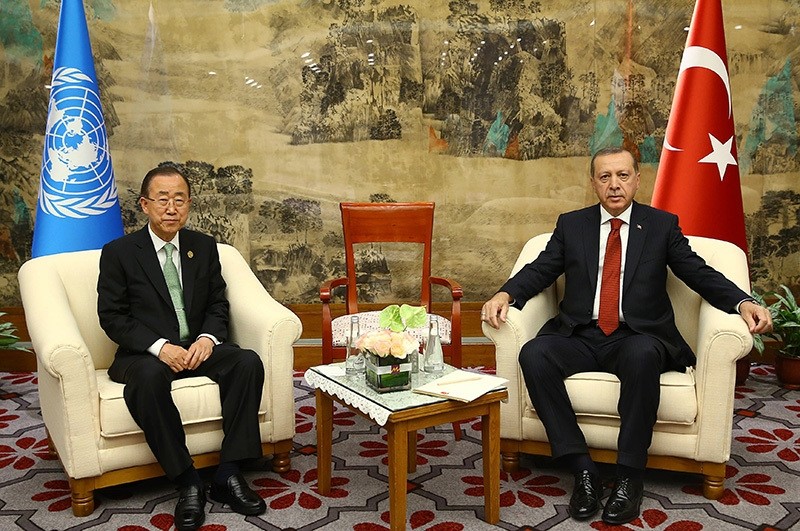 The meeting held on Saturday in China's coastal city of Hangzhou ahead of the G20 summit also included other regional issues, along with the fight against terror groups, primarily Daesh, being at the top of the agenda. Erdoğan and Ban also discussed wider regional issues concerning Syria and Iraq.

Erdoğan pointed to the deteriorating humanitarian conditions in Syria and said that Turkey supports the UN's efforts for humanitarian aid to reach the country.

Ban repeated his condemnation for the bloody coup attempt on July 15, expressing his content for Turkish people standing up for democracy.