All teachers with PKK links will be suspended, says PM Yıldırım 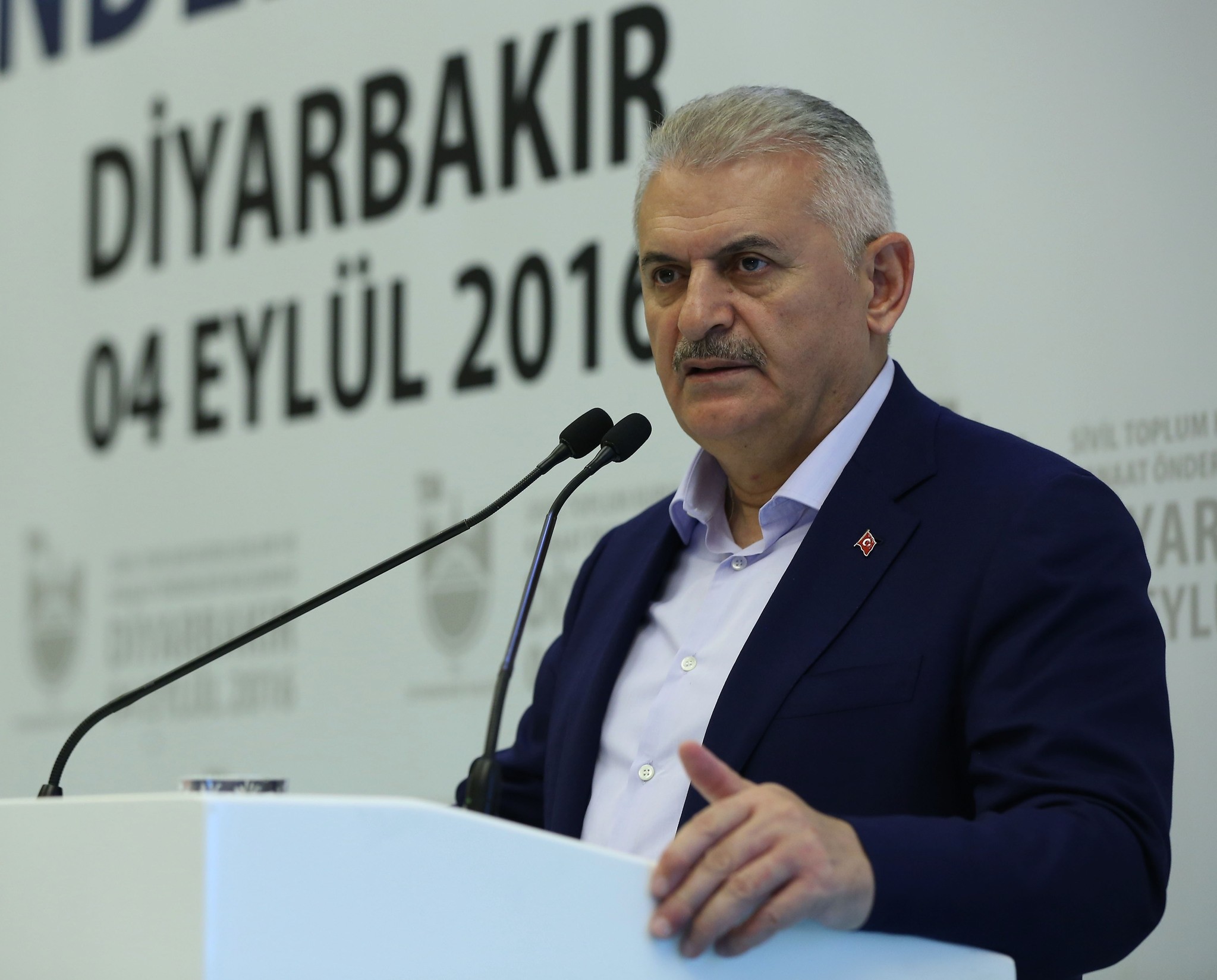 Prime Minister Binali Yıldırım said Sunday that all teachers having links to the PKK terrorist organization will be suspended.

Speaking in the southeastern city of Diyarbakır, which has been repeatedly targeted by PKK terrorist attacks, the Turkish premier said it is estimated that some 14,000 teachers serving in the region are somehow associated with terrorism.

Investigations will cast light on "how many of these are directly associated with the terrorist organization, and how many are not," he added.

"Schools will open following the Feast of the Sacrifice holiday [Eid al-Adha]," after mid-September, he said. "We have spoken with the education minister and as a precaution, all suspicious teachers who have been duly discovered will be suspended from duty."

Yıldırım said that those teachers will not be on duty in the upcoming school year, and will be replaced by new teachers.