Turkey now on the offensive against PKK, PM says 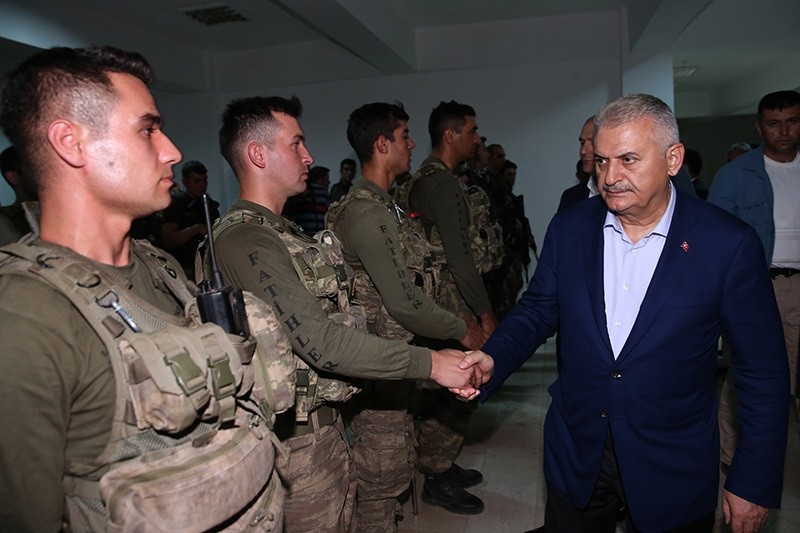 Turkey has entered a new phase in its counter-terror fight following the July 15 failed coup attempt, and will now be on the offensive, Prime Minister Binali Yıldırım said on Sunday, pointing to a number of differences in the measures that will be taken to fight the PKK terrorists.

Speaking during a surprise visit to the 2nd Border Brigade Command in southeastern Çukurca district, Yıldırım said that Turkey will target 10-12 PKK positions where the terrorists are mostly situated in.

The prime minister highlighted that Turkey will now be on the offensive, will find and destroy all terrorists.

"If we don't do this, we will have to continue living with the threat –of terrorism-'' Yıldırım said, adding that Turkey is taking all security precautions and will utilize all technological means in this regard.

He continued by saying that it is crucial to take all border crossings under control, in order to prevent the entry and flow of terrorists.

Earlier on Sunday, PM Yıldırım said that Turkey will suspend all teachers who have links to the PKK terrorists following a series of thorough investigations.

Since then, over 600 security personnel, including troops, police officers and village guards and more than 7,000 PKK terrorists have been killed in operations across Turkey and northern Iraq.