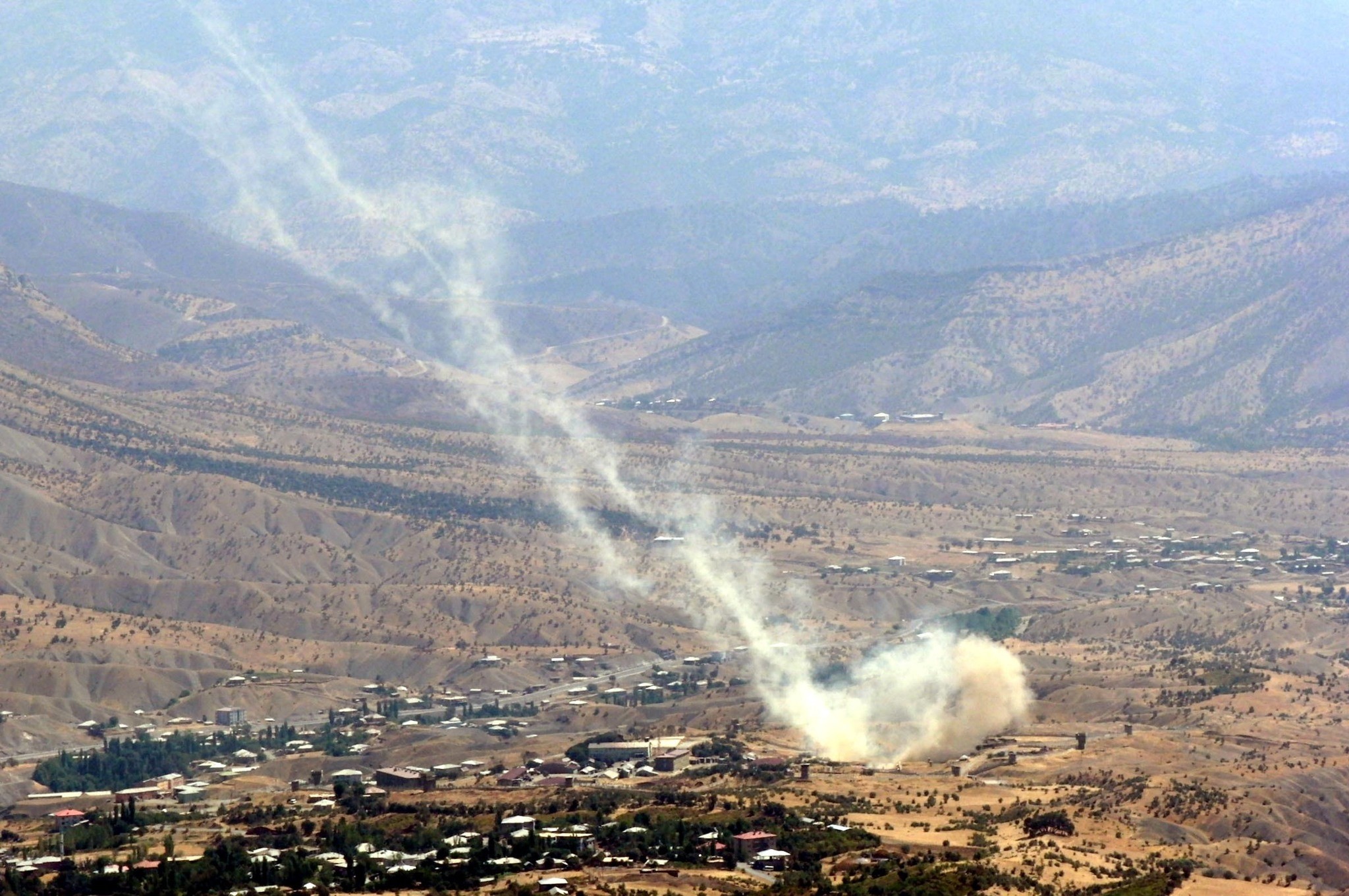 The Turkish General Staff said five targets, including one armed vehicle and two buildings reportedly used by Daesh as military quarters, were destroyed between 2.08 p.m. and 2:33 p.m. local time (1108-1133GMT).

The army added that it used "Fırtına" (storm) howitzers 10 times to hit four targets on the fifteenth day of Turkey's operation in Syria.

Syria has been locked in a vicious civil war since early 2011 when the regime of Bashar Assad cracked down on pro-democracy protests.

One "dynamic target" was destroyed, the army said.

Tension is high in southeastern Turkey since the PKK -- listed as a terrorist organization by Turkey, the U.S. and EU -- resumed its decades-old armed campaign in July last year.

Since then, more than 600 security personnel and more than 7,000 PKK terrorists have been killed.