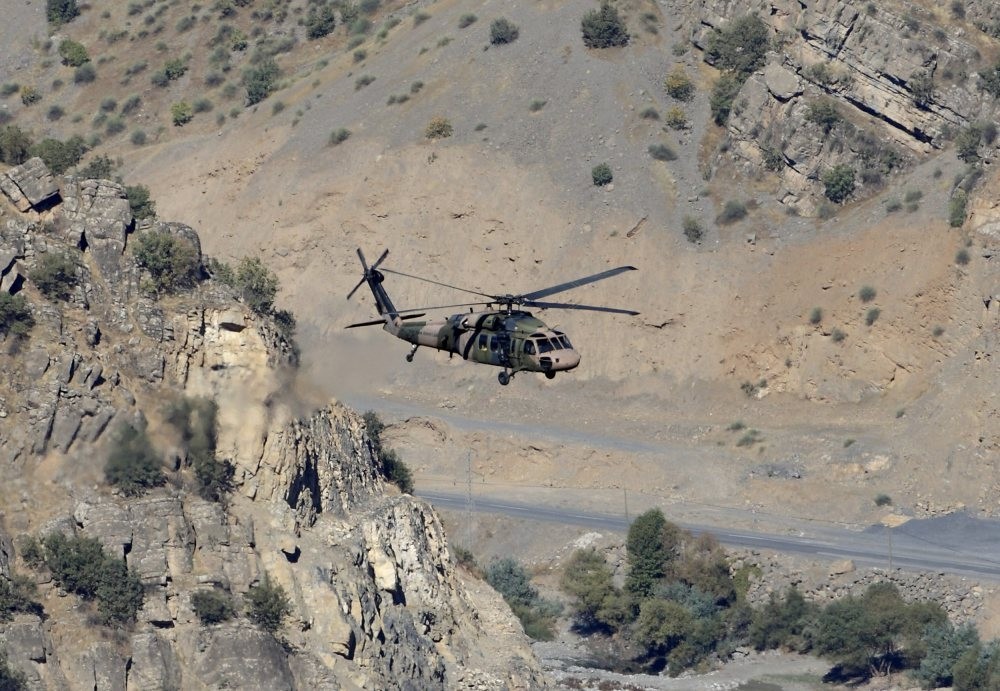 by Daily Sabah Sep 08, 2016 12:00 am
The military has intensified its operations against the PKK terror group in Turkey's eastern and southeastern provinces, as well as northern Iraq, in an attempt to weaken the group's support routes from Syria to Turkey, which many of its members have been using to escape the clashes in Syria.

According to security sources, in the operation against the PKK more than 160 terrorists have been killed, and many areas used by the group for logistical purposes have been destroyed.

The operation was launched in rural areas of Çukurca in southeastern Hakkari province at the same time as the start of Operation Euphrates Shield, backing the Free Syrian Army against the DAESH terror group in northern Syria.

Security sources also said that the PKK has a camp located in rural Çukurca in the Kazan Valley, which is believed to be used by 400 terrorists for training and other logistical purposes. On the Iraqi side in the Hakurk and Avasin areas, the PKK has been known to have large-scale training camps. The Turkish Air Forces have been targeting the routes from the Kazan Valley to Iraq's Hakurk, Avasin and Metine camps. Operations in the Kazan Valley have not been conducted in nearly four years after a terrorist group attacked a military post in Hakkari's Dağlıca district, killing 10 terrorists. Since then operations have mainly targeted the Dağlıca area. During the recent operations launched last week, 10 soldiers were killed by the PKK.
RELATED TOPICS