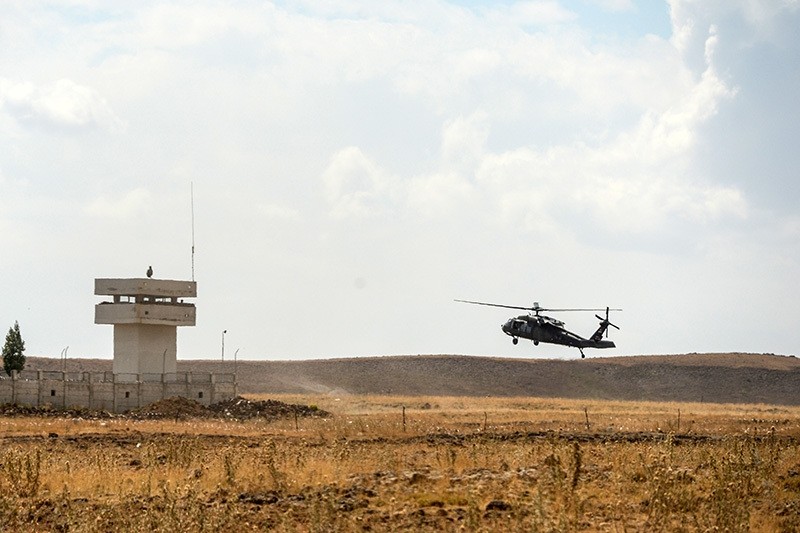 Güler confirmed that all PKK terrorist components had been cleared out of the Çukurca district of Turkey's southeastern province Hakkari when answering questions in the meeting.

He also highlighted that Turkish soldiers are fighting for their lives in the fight against terror.

"The rural area of Çukurca was cleared of the PKK terrorists, they were all eradicated from Kalatepe," Gendarmerie General Güler said.

General Güler added that there are 12 more locations left to be cleared of the PKK terrorist group.

During the meeting, Güler also touched on one of the most recent military developments, the possible cooperative operation with the U.S. in Raqqa, and said that "It has to be considered carefully."

The counter-terror operation was launched in rural areas of Çukurca in southeastern Hakkari province at the same time as the start of Operation Euphrates Shield, in which Turkey is backing the Free Syrian Army (FSA) against the Daesh terror group in northern Syria.

Since then, more than 600 security personnel, including troops, police officers, and village guards, have been martyred, and more than 7,700 PKK terrorists neutralized in operations across Turkey and northern Iraq.