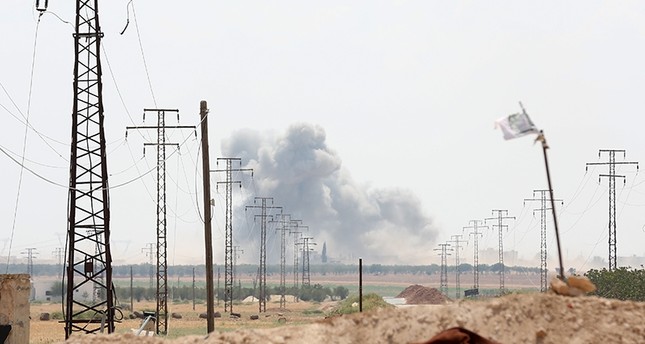 The Turkish Armed Forces (TSK) said in a statement on Thursday that it had taken control of four residential areas in northern Syria as it presses an offensive to sweep Daesh out of a patch of border territory.

The TSK said it had taken control of the Qantara, Es Sehid, Al Humran and Taslihuyuk settlements. Turkish tanks and special forces, backed by fighter jets, entered Syria two weeks ago to support the moderate opposition in an operation which has secured some 90 km (56 miles) along the border.

The army added that it used "Fırtına" (storm) howitzers 51 times to hit 12 Daesh targets on the sixteenth day of Turkey's operation in Syria.

Since the beginning of the operation 457 targets were hit 2,032 times, the statement said.

The military also stated that the operation was carried out in line with the 51st article of the United Nation Charter, cites the country's right to self-defense borne out of international treaties and United Nations' decisions on fighting against Daesh.