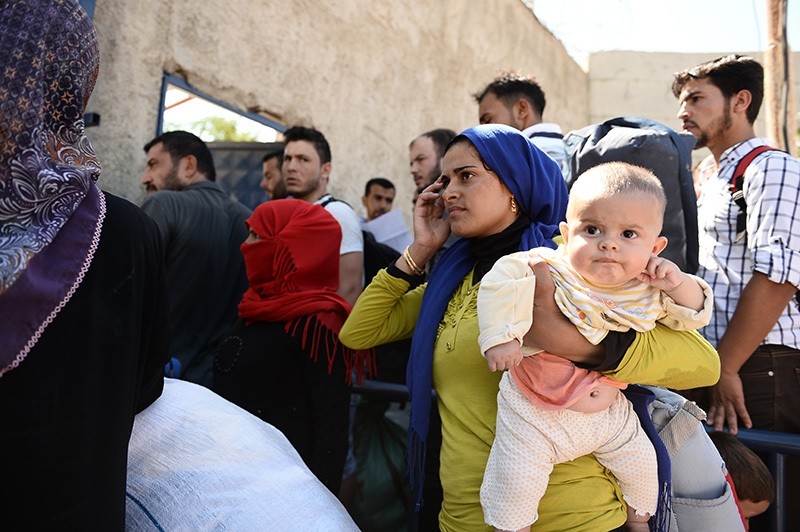 Syrian refugees who fled Daesh-held areas along the Turkish border will be able to go back to their homes after the terrorist organization is cleared in those areas, Defense Minister Fikri Işık said on Saturday.

Işık said once the removal of terrorists enabled by Operation Euphrates Shield from the frontier area is completed, refugees will hopefully be able to return to their homes along the border.

"Our wish is our Syrian brothers' safe return to their own country after it is cleansed of Daesh and the formation of locations where they can live comfortably and feel safe," he said at an opening ceremony in Turkey's northwestern province of Kocaeli province.

Operation Euphrates Shield was launched on Aug. 24 when Free Syrian Army forces backed by Turkish military liberated Jarablus from Daesh. The terrorists were cleared from most of Syria's border with Turkey following the operation.

Turkey, which hosts over three million Syrians who have fled the war, has long promoted the creation of a safe zone for refugees in northern Syria.

Daesh rockets fired from Syrian border towns posed a threat to Turkish security forces and people living in the area, and many civilians were killed as a result.

Earlier, Nuh Kocaaslan, the mayor of Karkamış, the Turkish town across the border from Jarablus, said 20,000 people had returned to the Syrian city since it was cleared of terrorists.