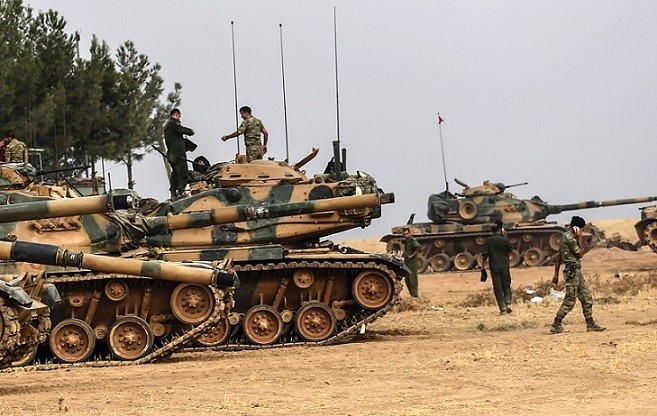 Turkish soldiers walking by tanks around 5 kilometres west from the Turkish Syrian border district of Karkamu0131u015f in the southeastern province of Gaziantep Turkey, Aug. 25, 2016. (AFP Photo)
by Daily Sabah Sep 12, 2016 12:00 am

A total of 845 square kilometers area have been taken under control in the last 20 days of Operation Euphrates Shield by the Turkey-backed Free Syrian Army (FSA) fighters, Turkish Armed Forces (TSK) said on Monday.

The operation recently made it possible for thousands of Syrians taking shelter in Turkey for years to return to Jarablus to enjoy Qurban Bayram in their home land after the town was cleared from the Daesh terrorist group by the operation forces.