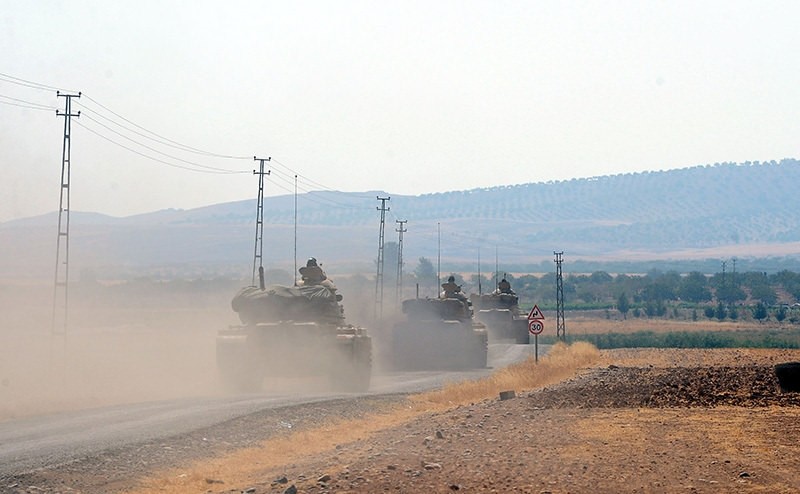 The sources added that the domestically produced unmanned aerial vehicle (UAV) Bayraktar continues its discovery and monitoring activities along Turkey's border with Syria, while the Red Crescent and the Prime Ministry Disaster and Emergency Management Authority (AFAD)continuously proceed their logistic and humanitarian activities for the Free Syrian Army (FSA) and civilians in the region.

The Turkish military launched a cross-border operation on August 24 named "Euphrates Shield" along with the U.S.-led coalition in Syria's northern border city of Jarablus to clear the area from the Daesh terror organization.