Count us out if PKK’s Syrian wing joins Raqqa offensive, Turkey warns US 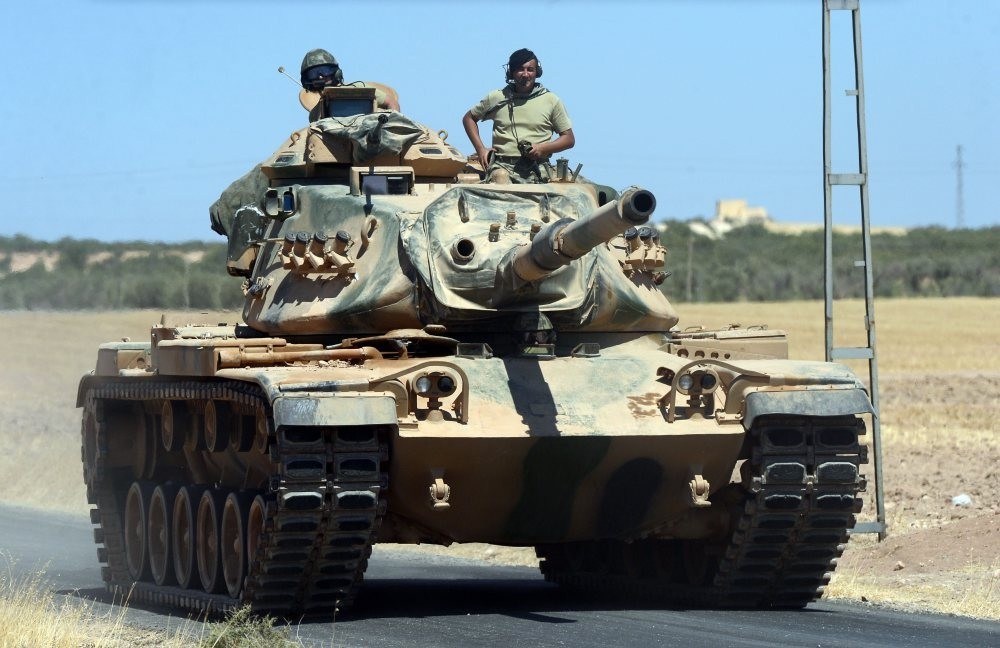 As the U.S. mulls an operation to liberate Raqqa, the capital of DAESH, Turkey has firmly rejected any plan that would include the Turkish army and the terrorist group PYD in the same pot. Presidential spokesman Kalın asserted that Ankara's principles are loud and clear

Amid debates over whether Turkey would be willing to take part in a possible cross-border operation to liberate Raqqa, presidential spokesman İbrahim Kalın said in a televised interview that Turkey will never engage in an operation with the PKK's Syrian offshoot the Democratic Union Party's (PYD) armed wing the People's Protection Units (YPG).

Speaking to TRT Haber channel in an exclusive interview yesterday, Kalın said Turkey's main principles are clear as shown in Operation Euphrates Shield. "It will not be in question whether we will participate in an operation with the PYD/YPG," he asserted.

The PKK is recognized as a terrorist group by the U.S., EU and Turkey. Commenting on the recent talks about a joint operation with the U.S. to liberate the DAESH-held capital town of Raqqa, Kalın said Turkey also wants the town to be liberated. However, Kalın stressed that Turkey's main principles are obvious. In an article published on Wednesday in The New York Times, it was speculated that the U.S. could give arms to the PYD directly.

"The Obama administration is weighing a military plan to directly arm Syrian Kurdish fighters combating the Islamic State [DAESH]," the article said, referring to the PYD, as Syrian Kurds. It contended that the plan "has been under discussion by the National Security Council staff." Ankara has long criticized the U.S. for providing arms to the PYD, which it sees as a terrorist group.

Turkish authorities also called on Washington to stop supporting terrorism as it joins forces with "terrorists."

U.S. President Barack Obama wants to kick off a ground operation to liberate Raqqa before he leaves the office. Therefore he wants to use the best he has in his hands.

However, Obama's ambitions before he leaves office could further sour Turkish-U.S. relations as President Erdoğan has long slammed Washington for joining forces with "terrorists."

Meanwhile, Prime Minister Binali Yıldırım said late on Wednesday that Ankara still cannot come to an understanding with Washington over the PYD's status. While Turkey sees the PYD as a terrorist group, the U.S. wants to work with them and supply arms if necessary.

"PYD is an offshoot of the PKK. PYD is the same as the PKK," Yıldırım said, adding that the U.S. cannot defeat a terrorist group by using another terrorist group. "We cannot come to terms with the U.S. on this issue," he stressed.

Yıldırım underscored that Turkey will not welcome the U.S. if it decides to continue working with the PYD and arm it.

A total of 103 DAESH targets in northern Syria have been destroyed with 357 rounds of howitzer fire and 20 rounds of multiple rocket launchers, the Turkish army said late on Wednesday.

A total of 927 detected targets have been destroyed with 3,707 rounds since the beginning of the Operation Euphrates Shield, the Turkish army said in a written statement.

A total area of 900 square kilometers (347 miles) of northern Syria has been cleared of terrorists as of Monday this week, the Turkish military has said.

More than 20,000 return to freed Syrian town from Turkey

More than 20,000 Syrians have returned to Jarablus near the Turkish border, weeks after the Turkey-backed Free Syrian Army (FSA) liberated the northern Syrian town in Aleppo province, a regional official said.

During the month-long Operation Euphrates Shield, some 1,200 square kilometers of northern Syria had been cleared of terrorist elements in the region. Approximately 900 DAESH targets were hit 4,000 times following the takeover of Jarabulus, the source added.

As a result of the operation, the population of Jarabulus has now swelled to 25,000 from 3,500, according to a local councilor in the Syrian town. Hundreds of families were going back home from Azaz in Aleppo's northern countryside and Manbij, the official, who spoke on condition of anonymity due to safety concerns, said.