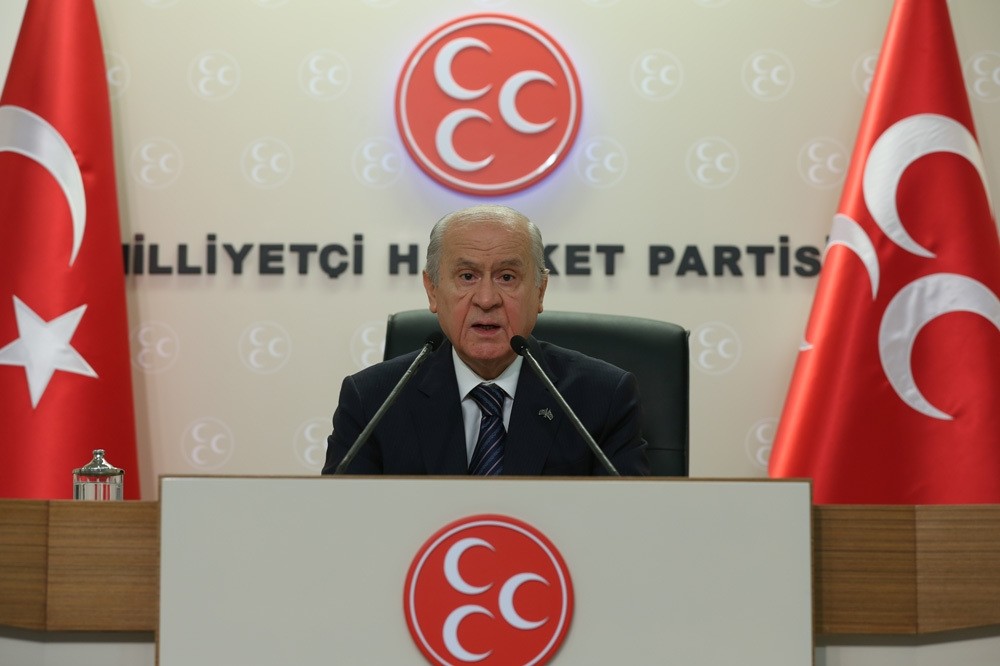 Underscoring that Turkey needs to get rid of the Gülenist Terror Group (FETÖ) elements within the state, Bahçeli said that the MHP's support in this regard will continue "until the end." "The common soul at Yenikapı [rally] is an example of it," he said. The MHP chairman added that the terrorist group has been trying to put the FETÖ investigations in the shade.

Touching on the fight against another terrorist group, the PKK, Bahçeli said that there is not a Kurdish problem. "For us, there is no Kurdish problem. Our citizens of Kurdish origin have more social and economic problems than they are supposed to have," he added. Bahçeli also claimed that FETÖ and the PKK are the same. "The PKK is exactly what FETÖ is. FETÖ is exactly the same as Daish," he contended.
Last Update: Sep 30, 2016 11:13 am