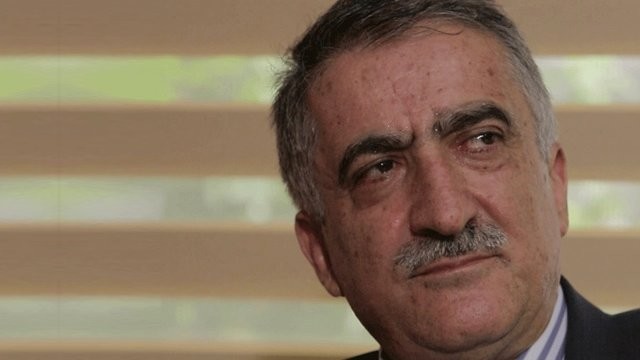 Kutbettin Gülen, the brother of Fetullah Gülen, the mastermind of the failed July 15 coup attempt, has been arrested by Turkish police in an anti-terror operation in İzmir province on charges of "being a member of an armed terrorist organization."

Gülen was detained after anti-terror police started searching for him after receiving a tip-off that he was staying at the home of a relative in the Gaziemir district of the western province of İzmir.

Kutbettin Gülen was dismissed from a printing house operating under Kaynak Holding after the state appointed trustees to the company in 2015 for its links to the Gülenist Terror Group (FETÖ).

Fetullah Gülen has five brothers: Seyfullah and Hasbi, who are dead, and Mesih, Salih and Kutbettin. He also has two sisters, Nurhayat and Fazilet. Their current whereabouts are not known.

On July 15, a small military junta linked to FETÖ attempted to topple the democratically elected president and government in Turkey and bring martial law. The attempt was prevented by military troops loyal to the government, along with police units and millions of Turkish citizens in favor of democracy. Some 240 people, consisting of mostly civilians, were killed by pro-coup soldiers, while over 2,000 people were injured.

The attempt was masterminded Fetullah Gülen, who has lived in self-imposed exile on a 400-acre property in the foothills of the Pocono Mountains in Pennsylvania since 1999.