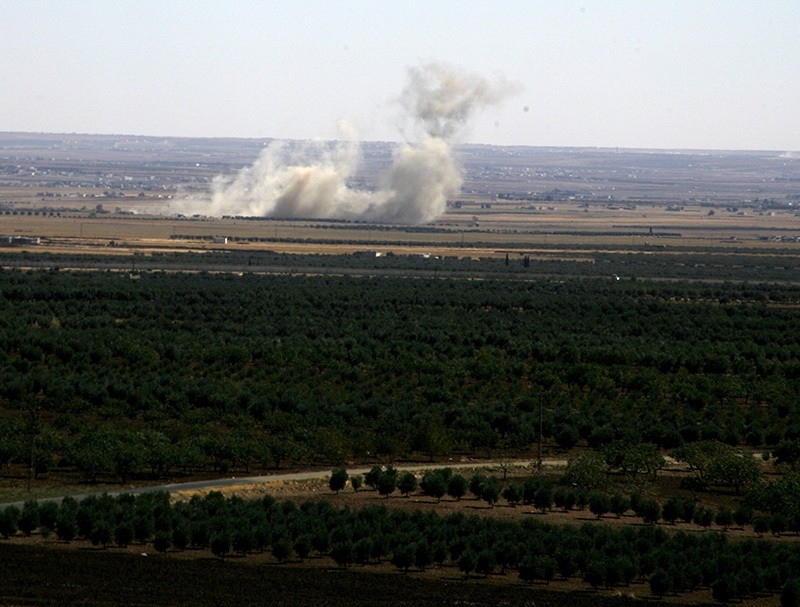 21 Syrian moderate opposition fighters have been killed in clashes with the Daish terrorist organization in the last 24 hours in Syria on Monday where Turkish backed-moderate groups launched a major military operation to liberate the towns from terrorists.

Another 30 moderate fighters were injured due to the latest clashes.

Several weapons equipment, six full armed pick-up like vehicles, a supplies-laden truck, seven Katyusha rocket launchers, three settlements, all of which belonged to the Daish terrorist organization, were destroyed in the operation.

Turkish warplanes carried out airstrikes against Daish in the area of Akhtarin, Turkmen Bari and Dabiq of northern Syria and destroyed nine Daish targets with ten bombs.

Nine buildings, used by the terrorists as a base for command head, weapon emplacement and an ammunition depot, were also destroyed.

Meanwhile, moderate groups organized 11 airstrike operations against Daish in the area of Ziyadiyah, Bahrutah Duvaybik, Aktharin and Turkmen Bari in northern Syria. 13 elements of the terrorist group including four buildings, three vehicles and a mortar were destroyed.

On Sunday, three rockets fired from a Daish-controlled area in Syria hit the border city of Kilis, one police officer killed and two injured.

An area of 960 square kilometers in northern Syria have been taken under control so far in the counter-terror operation called Operations Euphrates Shield, that was started by Turkish backed-Syrian moderate groups on August 24 to secure the northern Syria from regional terror groups such as the PKK's Syrian branches the PYD, YPG, and Daish.

Turkish military, since the beginning of operation, have been taking significant precautions neither to allow the Syrian civilians hurt nor Syrian cities damaged during clashes with terror groups.