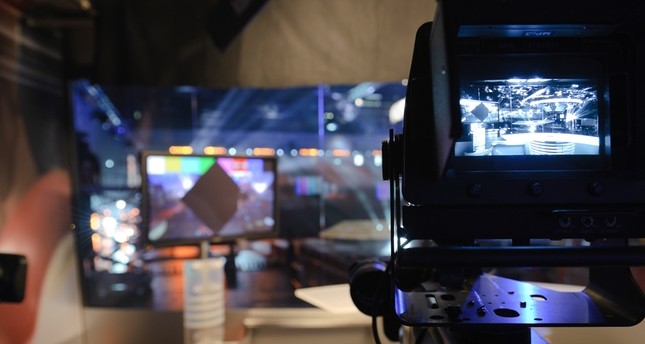 France-based satellite provider Eutelsat removed PKK-affiliated Med Nûçe TV from its list, after the channel ignored a series of warnings to stop broadcasting propaganda for a terrorist organization.

According to reports, the move followed efforts by the Turkish government to stop terrorist PKK's propaganda on TV channels.

In this regard, the government approached relevant European authorities to take action.

Recently, Turkey's national satellite operator TurkSat has also removed nearly two dozen TV and radio stations from its lineup citing threats they pose to national security and their support for terrorist groups, said a source at the state-owned satellite operator.

Following the increasing terror attacks by the PKK, the Turkish government has intensified its counterterror operations.

The PKK is listed as a terrorist group also by the U.S. and the EU and resumed its 30-year armed campaign against the Turkish state in July 2015. Since then, PKK terrorist attacks have killed more than 600 security personnel and also claimed the lives of numerous civilians, including women and children, while more than 7,000 PKK terrorists have been killed in army operations.

Belgium is among several European Union countries where PKK supporters are active, acting as political activists. Several TV stations based in Belgium broadcast pro-PKK coverage. Belgian authorities occasionally conduct raids targeting the PKK, but many supporters of the terrorist group who claim persecution in Turkey find asylum in European countries. The PKK, exploiting several nongovernmental organization fronts, is also active in other countries including Germany, Austria, Denmark, France, the Netherlands, Sweden and Greece.

Belgian authorities have repeatedly rejected Turkey's demands to extradite members of terrorist organizations, including the PKK and the Revolutionary People's Liberation Party Front (DHKP-C). Zübeyir Aydar, a senior PKK figure also designated as an international drug trafficker by the United States, was arrested in Belgium six years ago but released three weeks later. Similarly, Fehriye Erdal, a DHKP-C member accused of murdering a prominent businessman in Turkey, was released by Belgium.

Belgium has come under fire from Turkish authorities before for their tolerance for allowing PKK demonstrations in the country such as setting up a tent in downtown Brussels with an exhibition of pro-PKK propaganda. In a rare sign of intolerance for the PKK, Brussels municipality has rejected allowing a PKK-linked group to stage an event in the city last month.