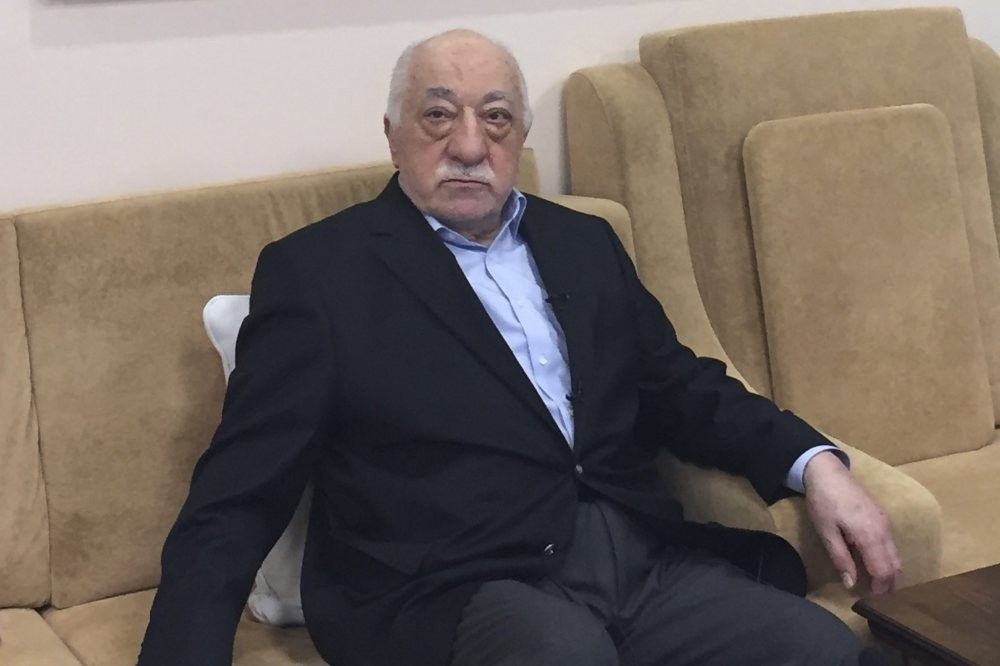 Fetullah Gu00fclen at his residence in Saylorsburg, Pennsylvania on July 18, 2016
by Daily Sabah Oct 05, 2016 12:00 am
Justice Minister Bekir Bozdağ said Tuesday in a press meeting that he has gained intelligence that members of the Gülenist Terror Group (FETÖ) are searching for a suitable country to shelter their leader, Fetullah Gülen, in. Speaking to journalists before the Justice and Development Party's (AKP) group meeting at the Turkish Grand National Assembly (TBMM), Bozdağ said Turkey sent a detention request to U.S. authorities expressing their concern that Gülen might possibly flee to another country, to which the U.S. replied that they will respond to the request as soon as possible. "We didn't receive any response yet. U.S. authorities have not requested new information and a file," Bozbağ said.

Actually, we submitted them with very clear evidence, which confirmed Gülen's culpability as the mastermind of the failed July 15 coup attempt," said Bozdağ, adding that FETÖ members are looking for suitable a country to shelter Fetullah Gülen in.

On July 28, Justice Minister Bekir Bozdağ pointed out Mexico, Canada, Egypt, Australia and South Africa as the main destinations Gülen is considering moving to. Meanwhile, Philip Gordon, a senior fellow at the Council on Foreign Relations and former White House coordinator for the Middle East, said last week in a panel that the U.S. downplayed the coup attempt.

Gordon said on Sept. 26 during a Policy Forum held by The Washington Institute that many in Turkey felt betrayed by the U.S. due to the lack of timely support against the Gülenist coup attempt, while he also acknowledged the danger of FETÖ and that the group's members had infiltrated into state institutions. The failed July 15 coup attempt, which left 241 people dead and nearly 2,200 injured, was organized by Gülen's followers, who has lived in self-imposed exile on a 400-acre property in the foothills of the Pocono Mountains in Pennsylvania since 1999. Gülen has led a long-running campaign to overthrow the state through infiltration of Turkish institutions, particularly the military, police and judiciary.
RELATED TOPICS