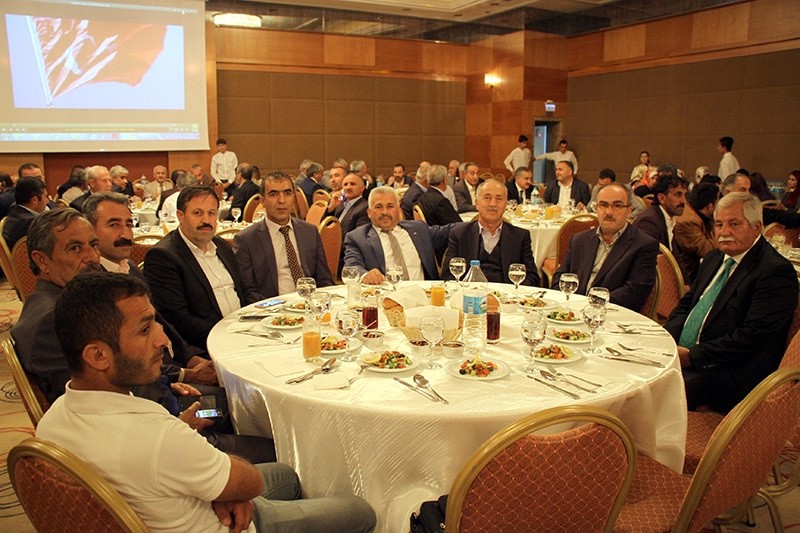 More than 180 leading Kurdish families from the eastern and southeastern provinces of Turkey issued a statement yesterday protesting the activities of the PKK and other terror groups and announcing loyalty and support to the government's anti-terror operations.

The 181 prominent families (aşiret in Turkish, a word similar to the term "tribe") from 16 different provinces gathered in eastern Van province for the meeting and issued a statement after the gathering.

"As the opinion leaders, we are siding with peace and brotherhood and announce that we are ready to do what is necessary in establishing that. We want to declare that we are against all kinds of terror, coup attempts and violence," the statement said.

The statement also said that the families condemn the violence of the PKK terror group in the region, saying that the group is being used against Turkey by international powers that are interested in destabilizing Turkey.

Meanwhile, the statement also condemned the July 15 coup attempt against the government by the Gülenist Terror Group (FETÖ) and announced their support of the people's will.

Similar remarks were also made in September 2015, where a group of 120 influential leaders from prominent families of Turkey's eastern and southeastern regions also made a public call to the PKK, urging the terrorist organization to lay down their arms and leave the country.