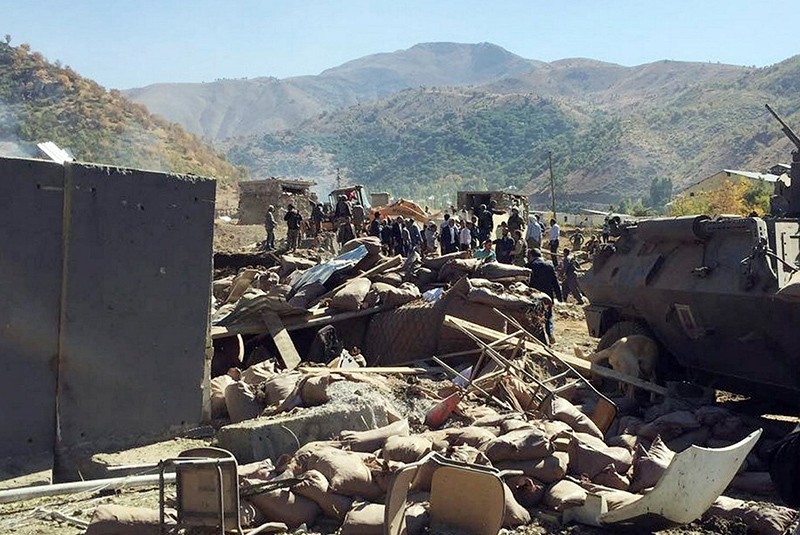 The Turkish military has killed a total of 417 PKK terrorists in the ongoing counter-terror operations carried out in Turkey since August 29, military sources said on Monday.

According to the sources, the military captured a total of 79 terrorists, 41 of whom surrendered.

Additionally, the military seized mortars, rockets, machine guns and other equipment used by the terrorists.

A total of 88 Turkish soldiers have been killed in the operations since August 29 and 152 others have been injured, the sources added.
The Turkish government has intensified its counterterror operations following the recent attacks carried out by the PKK, which is recognized as a terrorist organization by the U.S., the EU and Turkey.

Formed in 1978, the terrorist group has been fighting the Turkish government for an independent state until the early 2000's. The group then shifted its goal to autonomy in predominately Kurdish inhabited regions of Turkey.
Last Update: Oct 10, 2016 6:02 pm
RELATED TOPICS