Abadi demanded military help from Turkey against Daish in Bashiqa 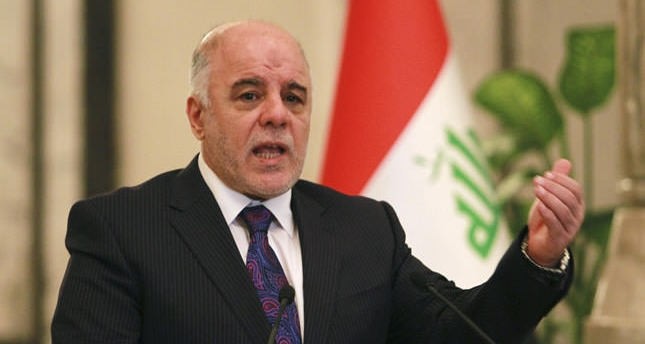 As tensions recently increased between Turkey and Iraq due to a statement by the Iraqi central government which said that Turkish military units stationed in Bashiqa camp near Mosul were "occupying forces" and "should be immediately withdrawn," footage from a 2014 press conference resurfaced, proving that Turkey and Iraq had originally agreed to collaborate in the fight against the Daish terrorist group.

Abadi told the press conference with then-Prime Minister Ahmet Davutoğlu that his government demanded "military, intelligence, arms and training support" from Turkey and help from "every neighboring country."

The press conference was held on December 25, 2014, following Haider Al-Abadi, the Prime Minister of Iraq made an official visit to Turkey.

The Iraqi parliament, in a written statement, said that it did not accept Turkey's military presence in Bashiqa, which is connected to Mosul.

Baghdad complained about the Dec. 4 deployment of troops to the site near Mosul, calling it a violation of Iraqi sovereignty and insisting that Turkish forces be withdrawn.

The soldiers were sent to Bashiqa at the request of Iraqi Prime Minister Haidar al-Abadi.

President Erdoğan had said that Turkey asked Iraq to allocate a suitable location for the deployment of Turkish soldiers to carry out training and that Iraq had chosen the camp site.