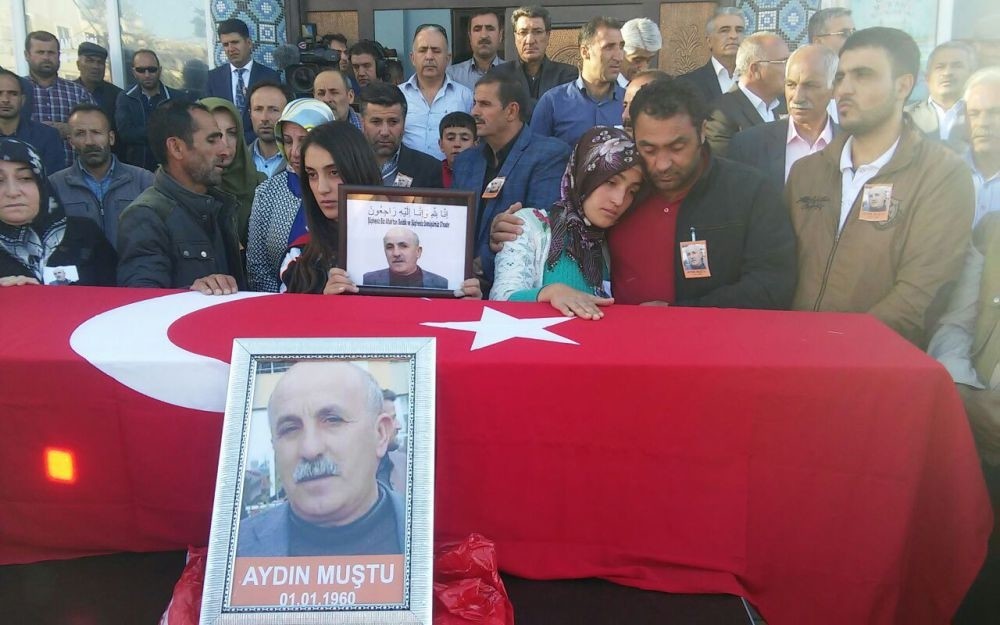 The first victim Muştu was found dead in his home after being ambushed by PKK terrorists in the district of Özalp where he served as deputy head of the AK Party's district branch. According to information released by the Van Governorate, the terrorists attempted to carjack Muştu's vehicle around 9:00 p.m.

Though he managed to escape, he was later shot dead in his home in front of his children. PKK terrorists reportedly stole the victim's vehicle after killing him.

The murder comes on the heels of another bloody PKK attack in Van where a car bomb exploded in the city center leaving 50 people injured, most of them civilians.

The terrorist organization is targeting AK Party politicians as well as anyone they deem as "critical opposition," even targeting supporters of the Peoples' Democratic Party (HDP). On Aug. 25, the chairman of the Republican People's Party (CHP) Kemal Kılıçdaroğlu and his convoy were caught in the crossfire during an armed clash between the PKK and Turkish soldiers who were escorting the convoy through the northeastern province of Artvin. Turkish security officers managed to thwart an attempted rocket attack by the PKK and Kılıçdaroğlu was not injured.

The PKK has a long history of attacking politicians over the past six years, including:

June 29, 2010: AK Party's District Chairman Ahmet Uçar for the district of Yüksekova in the province of Hakkari was targeted when a hand grenade was thrown at his home. No injuries were reported.

May 17, 2014: PKK terrorists tried to kidnap HUDA-PAR members Ali Ayık and Mikail Ayık, in Diyarbakır's Dicle district. The incident was thwarted by locals but three people were wounded during the struggle.

Oct. 17, 2014: Sixty-six-year-old tradesmen Mehmet Latif Şener - a known HÜDA-PAR supporter - was assassinated in a street attack. Two terrorists were caught while trying to flee to a PKK base in the mountains.

Aug. 13, 2016: Naci Adıyaman, head of the AK Party's youth branch in Şırnak's district of Beytüşşebap was kidnapped and murdered. His body was later discovered.