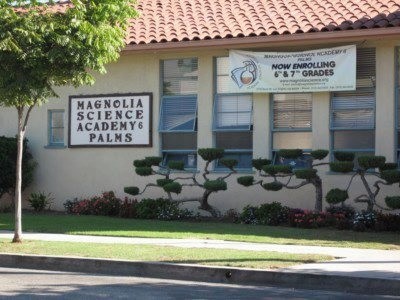 US media reports that three FETÖ-linked charter schools in Los Angeles may face closure as local authorities will soon decide whether they are poorly managed, three months after Gülenists allegedly attempted to overthrow the government in Turkey

The United States, the adopted home of Fethullah Gülen, the most wanted leader of the Gülenist Terror Group (FETÖ), will soon decide on the closure of schools run by its followers. Three charter schools in Los Angeles will likely be shut down by local authorities in California due to their poor management. The Los Angeles Times reported that a board overseeing education in the city will rule whether to renew an agreement with the Magnolia schools linked to FETÖ that expires this week.

FETÖ is blamed for the July 15 coup attempt in Turkey as well as a string of crimes including two previous attempts to overthrow the democratically-elected government, money laundering, sham trials and imprisonment of its foes thanks to its infiltrators within the police and judiciary systems. FETÖ also runs a global network of schools where it recruits more followers into the group and FETÖ-linked schools in the United States are viewed as the largest charter school network in the country. The group, whose leader resides in Pennsylvania, runs about 140 schools across the country under different companies and umbrella organizations.

As Turkey seeks Gülen's extradition from the U.S., where he has been residing since 1999, the Los Angeles Times reported that Gülenist-linked schools will be reviewed by Los Angeles Unified School District (LAUSD) officials on Tuesday. Gülenists run some 10 schools in California under the name Magnolia, where the schools mostly employ Turkish teachers who arrive in the country with little command of the English language and are on temporary work visas. Their five-year operating agreement will expire soon and the Los Angeles-based newspaper reported that the LAUSD sent an email to the schools on Tuesday saying it would recommend a denial on their renewal, ahead of next Tuesday's vote on the recommendations for schools. Sources told the newspaper that foreign teachers at the schools mainly entered the country with temporary H1-B visas, possibly posing a problem since the visas used can be extended for a maximum of six years and are supposedly used for cases of absence of qualified U.S. citizens to work at the schools. LAUSD officials will consider both spending of public education funds on visas and preference of foreign nationals instead of U.S. citizens in reviewing the schools. The Los Angeles Times reported that schools were engaged in "poor financial management and inconsistent or incorrect internal policies."

Charter schools linked to FETÖ in the U.S. are already facing several probes by the Federal Bureau of Investigation (FBI) in four states, although the FBI is quiet on the process of the probes, reportedly focused on shady business practices by the charter school chains. Media reports claim that Gülenists enjoy federal grants and receive over $500 million in taxpayer-funded revenues every year. The terror group runs more than 150 schools in the country.

On a separate note, critics of the charter schools in the U.S. claim they are involved in a scheme to funnel federal grants to companies linked to the terror group, similar to a scheme in Turkey where Gülenists are accused of collecting charity donations from an unsuspecting public and funneling them into their companies.

FETÖ, which has seen members and sympathizers dismissed from state institutions, including the police and judiciary systems over the past three years, was designated by Turkish authorities as a national threat and classified as a terrorist group. Since the July 15 coup attempt, Turkey detained and arrested hundreds of members of the terror group. A string of judicial inquiries over the past two years have revealed that Gülenists illegally wiretapped thousands of people thanks to their infiltrators in police and judiciary institutions and imprisoned their critics or anyone seen as an obstacle to the group's attempts to gain further clout through sham trials.

Schools, which are known as the primary recruitment grounds for FETÖ, are under closer scrutiny in the aftermath of the recent coup attempt. The ruling Justice and Development Party's (AK Party) foreign affairs branch in coordination with the Foreign Ministry will send letters to senior officials in 50 countries to brief them about the illegal activities of the Gülenists and urge them to close schools run by "terrorist" Gülenists.

Turkey has already begun the process of shutting down hundreds of schools and other institutions administered by the terrorist group. The country has also suspended more than 21,738 teachers amid the nationwide investigation into FETÖ. Most teachers are accused of serving as point men for the group, coordinating Gülenist infiltrators in the military, judiciary, and bureaucracy and police institutions.

A report in the Sabah newspaper says Gülenists recently started changing ownership of the schools, especially those in Africa, and transferring them to companies in the U.S. and Africa in order to cover-up their affiliation with the group. İhsan Şahin, a businessman who serves as a member of the Foreign Economic Relations Board (DEİK), a Turkish private sector association, said they noticed a new trend to change names and ownership of the schools. Şahin said school administrations claim they do not have links with FETÖ after the transfer.