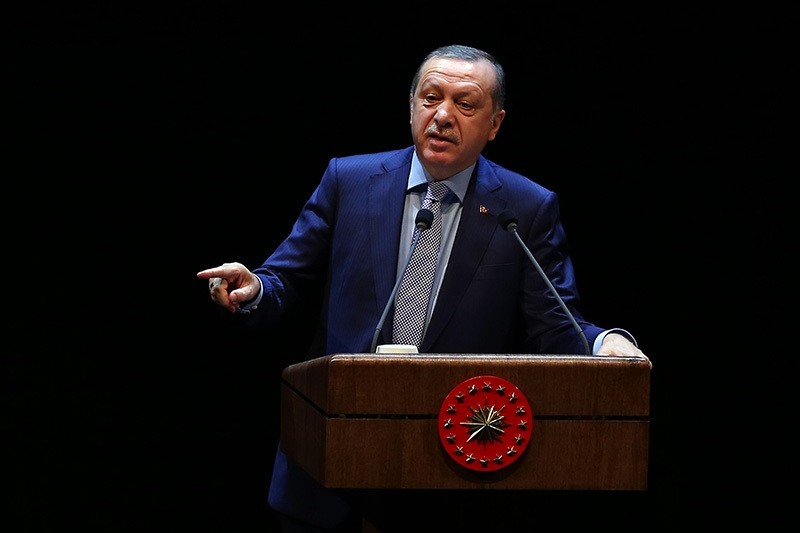 Speaking at a ceremony for appointing judges and public prosecutors which was held in the Beştepe Presidential Complex in the capital Ankara, Erdoğan reiterated his criticism on the U.S. policy of arming Syrian Democratic Forces (SDF), which is dominated by the PKK terror group's Syrian wing the PYD.

The YPG/PYD group, which Clinton said was "U.S.'s best partner in Syria", controls large swathes of territory in northern Syria along the border with Turkey, which considers it as a grave national security threat. While Clinton did not mention the PYD -the Syrian offshoot of the PKK, listed as a terrorist organization by Turkey, the U.S., and the EU- or its armed wing, the YPG, her remarks have been interpreted in Ankara as referring to the terrorist group.

Turkey has repeatedly said that arming the PKK/PYD is a source of concern, as the terrorist group poses a threat to Turkey.

Erdoğan also said that Turkey will not allow a "terror corridor" to be formed just south of its borders, and will take necessary precautions to prevent it.

He added that Turkey is determined to prevent the Mosul operation from being launched in a manner that could cause regional bloodshed and clashes due to a sectarian conflict.