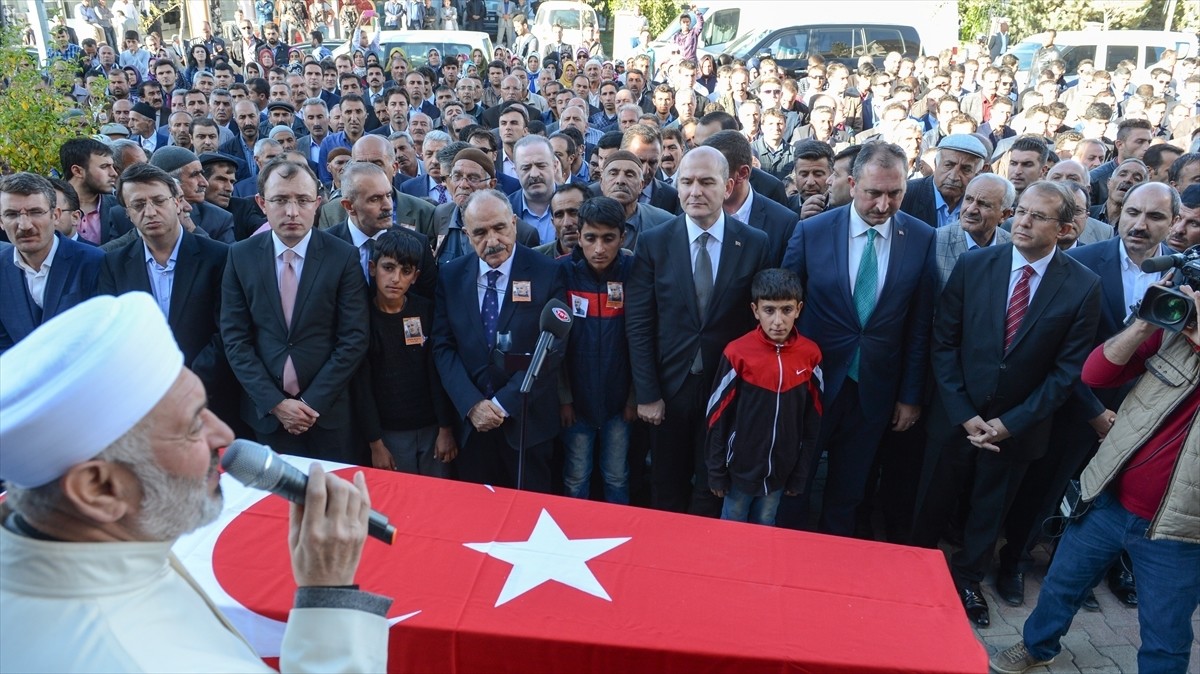 The assassination of Deryan Aktert, a district-level politician from Turkey's ruling Justice and Development (AK Party) and the second politician to be a victim of the organization in two days, revealed the PKK's new strategy, assassinating Kurdish political figures who refuse to obey their terror policies, after the organization's attempts to carry the war into urban areas collapsed because of the successful anti-terror operations and the lack of cooperation from the people in the region. Aktert was the AK Party's Dicle district head in the southeastern Diyarbakır province, and was shot dead by PKK terrorists at work late Monday.

He was shot at around 11 p.m. local time as he worked at the gas station he ran, according to the security official, who spoke on condition of anonymity due to restrictions on speaking to the media, state-run Anadolu Agency (AA) reported. Last year he was the target of another armed attack and had received several death threats, the source added. On Saturday, Aydın Muştu was found dead in his home after being ambushed by PKK terrorists in the district of Özalp in Van province where he served as deputy head of the AK Party's district branch. According to information released by the Van Governorate, the terrorists attempted to carjack Muştu's vehicle at around 9 p.m. Though he managed to escape, he was later shot dead in his home in front of his children.

The murder comes on the heels of another bloody PKK attack in Van where a car bomb exploded in the city center leaving 50 people injured, most of them civilians.

"The main purpose of the PKK has been suppressing all other Kurdish political movements, critical voices and civil society by spreading horror via these assassinations, just like it did in the 1980s," said Mustafa Ekici, a Kurdish journalist and the coordinator of TRT Kurdi. He underscored Turkey's positive policy shift toward the Kurdish people in the region and said "Now, Kurdish people call to account the PKK responsible for 6,000 young Kurdish men sacrificed in the ditches. The organization doesn't tolerate critical voices and tries to consolidate Kurdish people by silenced them." Ekici also added that after Operation Euphrates Shield Turkey has significantly strengthened its hand in the region and the PKK's Syrian offshoot Democratic Union Party (PYD), which is "the U.S.'s legion in the field," will be pushed away after their "service" is done.

President Recep Tayyip Erdoğan said that Turkey advances on PKK terrorists with different strategies and vowed "perpetrators will pay heavy prices" for their actions, during his speech yesterday in the ninth meeting of the Eurasia Islam Council, held in Istanbul. The president brought up the Oct. 6-7 events when the PKK called for Kurdish people to rise up and attack Turkish state institutions, which resulted in the deaths of over 50 people, and said the PKK is trying to do same thing and victimize Kurdish people in the region.

At the AK Party's group meeting yesterday, Prime Minister Binali Yıldırım touched on the assassinations by saying that the PKK took a major blow after the anti-terror operations and is now desperately targeting civilians. "We are entering a new era," said Yıldırım, adding that there are instructions given by PKK leaders regarding an increase in attacks on AK Party members.

Meanwhile, the main opposition Republican People's Party (CHP) Chairman Kemal Kılıçdaroğlu yesterday condemned the attack during his party's group meeting in Parliament. Kılıçdaroğlu said that he offered condolences to the families of the victims, and he offered condolences to the AK Party administration. "We are against terror, no matter where it comes from or who it targets. The loss of the [Dicle] district chair is our common sorrow," he said.

The terrorist organization is targeting AK Party politicians as well as anyone they deem as "critical opposition." On Aug. 25, Kılıçdaroğlu was also targeted by the terrorist organization as his convoy was caught in the crossfire during an armed clash between the PKK and Turkish soldiers who were escorting the convoy through the northeastern province of Artvin. Turkish security officers managed to thwart an attempted rocket attack by the PKK and Kılıçdaroğlu was not injured.

In an interview with broadcaster CNN Turk, AK Party Deputy Chairman Mehdi Eker said the killings were a "futile attempt" by the PKK to "suppress and frighten the AK Party," He added: "We will continue with our struggle."

Eker, who is Kurdish and born in Diyarbakır, is another politician who escaped assassination by the PKK, as explosives of the terrorist group were found in the Eker's family cemetery in Turkey's southeastern Diyarbakır province on Sept. 10, just a day before he visited the cemetery.

The PKK has a long history of attacking politicians over the past six years, including:

June 29, 2010: AK Party's District Chairman Ahmet Uçar for the district of Yüksekova in the province of Hakkari was targeted when a hand grenade was thrown at his home. No injuries were reported.

May 17, 2014: PKK terrorists tried to kidnap HUDA-PAR members Ali Ayık and Mikail Ayık, in Diyarbakır's Dicle district. The incident was thwarted by locals but three people were wounded during the struggle.

Oct. 17, 2014: Sixty-six-year-old tradesmen Mehmet Latif Şener - a known HÜDA-PAR supporter - was assassinated in a street attack. Two terrorists were caught while trying to flee to a PKK base in the mountains.

Aug. 13, 2016: Naci Adıyaman, head of the AK Party's youth branch in Şırnak's district of Beytüşşebap was kidnapped and murdered. His body was later discovered.

Sept. 14, 2016: Ahmet Budak, former AK Party parliamentary candidate in Hakkari province, was killed outside his home in front of his son.

Oct. 9, 2016: Aydın Muştu, the district deputy head of the AK Party in the eastern province of Van, was found dead on Sunday in an assassination carried out by the PKK.
RELATED TOPICS