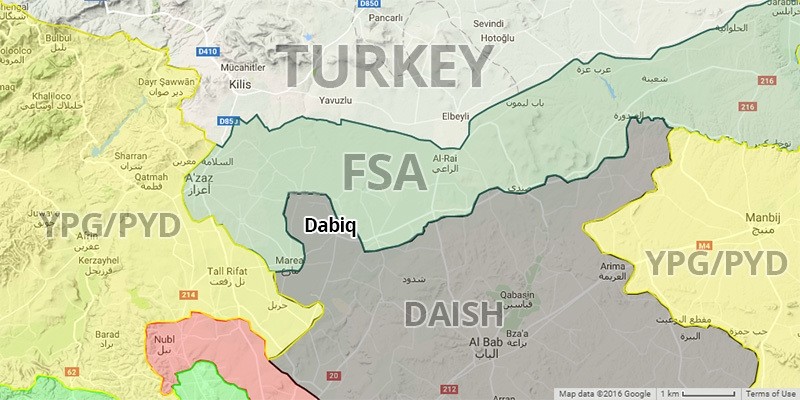 The Turkish army backed Free Syrian Army (FSA) advanced in the Daish held village of Dabiq in northwestern Syria on Saturday, an opposition commander involved in the campaign and the Syrian Observatory for Human Rights said.

However, Turkish military sources said the operation to take Dabiq had started earlier this month and that while air and artillery strikes were targeting the village, there were no new developments on the ground on Saturday.

Speaking at a rally for inaugurations in northern province of Rize on Saturday, President Recep Tayyip Erdoğan said Turkey is moving forward in Euphrates Shield operation to Dabiq, and a 5,000 square kilometer safe zone will be established in Syria to securely accomodate three million Syrian refugees currently living in Turkey.