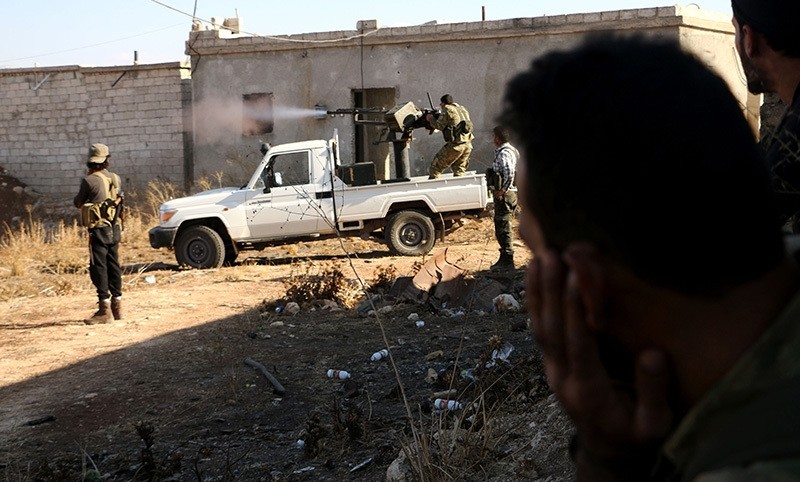 Fighters from the Free Syrian Army fire a machine gun mounted on a vehicle deploy during fighting against the Daish on the outskirts of Dabiq, on October 15, 2016 (AFP Photo)
by Daily Sabah Oct 16, 2016 12:00 am

According to FSA sources, both towns have been cleared from Daish terrorists as part of Turkey's Operation Euphrates Shield.

The sources added that the most difficult stage of the operation has been completed and that the FSA is trying to defuse bomb set-ups used by Daish terrorists.

Turkish airstrikes continued to hit Daish terrorist positions in the area as the FSA advanced in the Daish held village of Dabiq in northwestern Syria on Saturday.