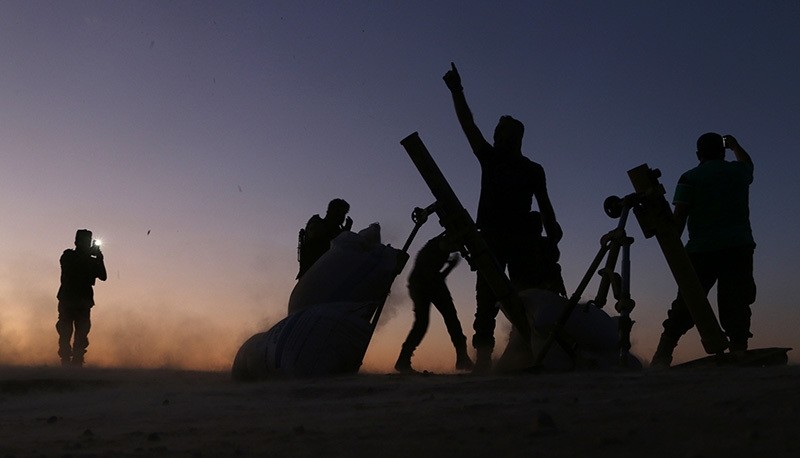 Fighters from the Free Syrian Army cheer and react as they fight against Daish terrorists on the outskirts of the northern Syrian town of Dabiq, on October 15, 2016 (AFP Photo)
by Daily Sabah Oct 16, 2016 12:00 am

According to the sources, Turkish airstrikes hit two defense positions, a transmitting antenna and three command centers belonging to the terrorists.

The sources added that nine Turkey-backed moderate opposition fighters from the Free Syrian Army (FSA) were killed in the operations, while 28 others have been injured.

Meanwhile, a total of 84 Daish targets have been shelled.

Turkey-backed fighters have also destroyed a mine and 24 hand grenades.