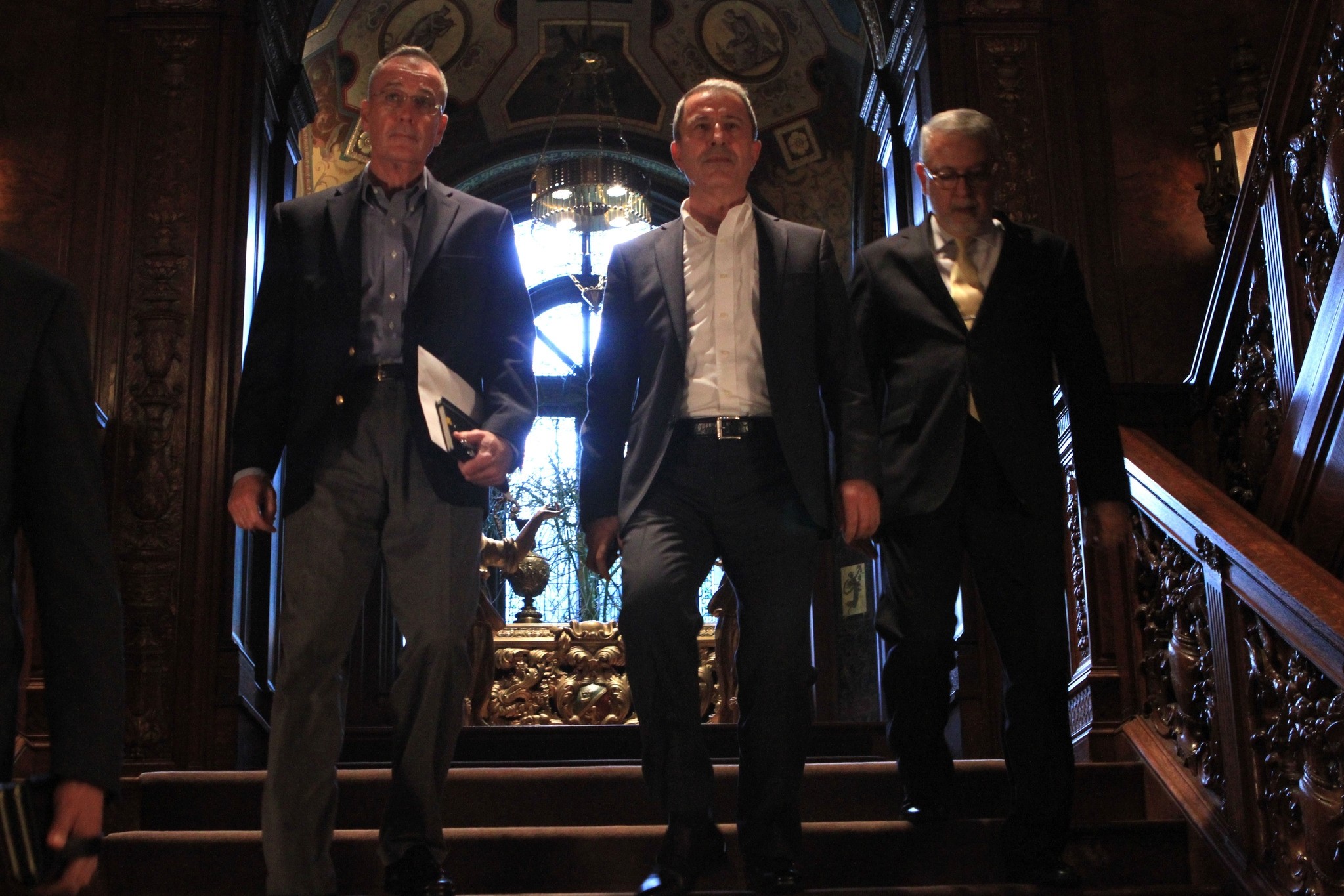 US Chief of General Staff Joseph Dunford (L), his Turkish counterpart Hulusi Akar (C) and Turkish ambassador to Washington Serdar Ku0131lu0131u00e7
by Anadolu Agency Oct 17, 2016 12:00 am
The U.S.'s top general met Turkey's Chief of General Staff Hulusi Akar at the Turkish embassy in Washington on Sunday to discuss recent regional developments, including an operation to free Mosul, Iraq, from Daesh.

Akar is in Washington for join a counter-Daesh coalition meeting that kicks off on Monday at Andrews Air Force Base in Maryland.

In a nearly two-hour meeting, the two top commanders reportedly discussed a range of issues, including Turkish military operations in Syria and the up coming Mosul operation.

The meeting between Gen. Joseph Dunford and Akar was held in on the heels of an operation by Turkish-backed Syrian rebels that recaptured the city of Dabiq, a Daesh stronghold in northern Syria.

Turkey launched Operation Euphrates Shield in late August to drive Daesh out of the Manbij pocket -- a 98-kilometer (60 mile) strop of land along the Turkish-Syrian border.

Another key agenda point during the meeting, according to Turkish military sources, was the upcoming operation to retake Mosul from Daesh.

General Akar underscored Turkey's concerns about refugee flow and sectarian feuds that might rock the city after Daesh fighters are removed.

Turkey has expressed concerns about a sectarian attitude toward the predominantly Sunni population in Mosul.

Ankara has insisted that nearly 3,000 Sunni tribal forces trained by Turkish forces at the Bashiqa base on the eastern outskirts of Mosul join the fight against Daesh and remain in the city as a police force. Baghdad is still at odds with that proposal.