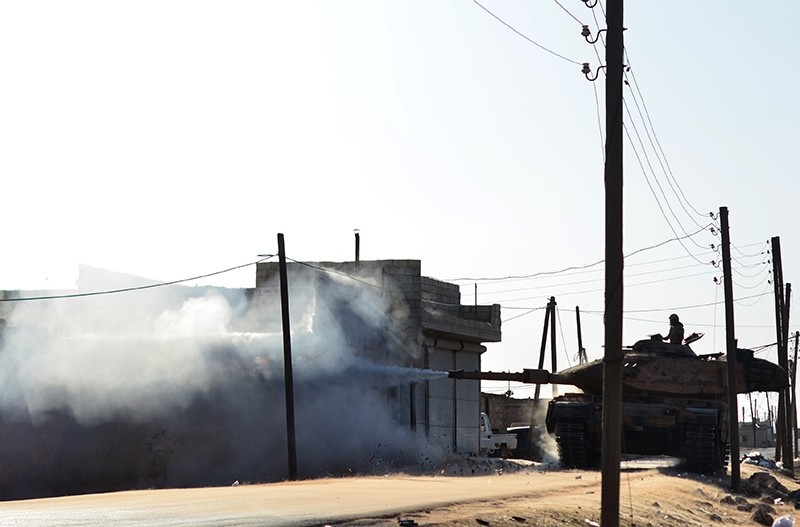 United States-led coalition airstrikes killed 20 Daesh terrorists in Syria over the last 24 hours, the Turkish military said on Tuesday, nearly two months into a Turkey-backed operation to drive the terrorists away from the border.

Turkey pushed on with Operation Euphrates Shield as Iraqi forces launched a U.S.-backed offensive to expel Daesh from the northern Iraqi city of Mosul.

Since the Turkey-backed operation, dubbed 'Euphrates Shield', was launched on Aug. 24, the Free Syrian Army (FSA) forces have seized control of some 1,240 square kilometers (479 square miles) territory from the terrorists, according to the statement.

Ankara says thousands of Turkey-trained forces are also participating in the assault to push Daesh out of Mosul.

The Free Syrian Army members took control of the town of Dabiq from the terrorist organization Daesh on Sunday.

After losing Dabiq, Daesh launched a missile attack against Turkey, but Turkish forces managed to intercept the attack and secured the border area between the Turkish province of Kilis and Gaziantep's Karkamış district, the army said.

Dabiq, about 40 kilometers (25 miles) northeast of Aleppo and around 10 kilometers (6 miles) south of Syria's border with Turkey has a symbolic importance for Daesh, as the group believes it will be the site of an end-times battle with non-Muslims. Dabiq is also the name of one of Daesh's online magazines.