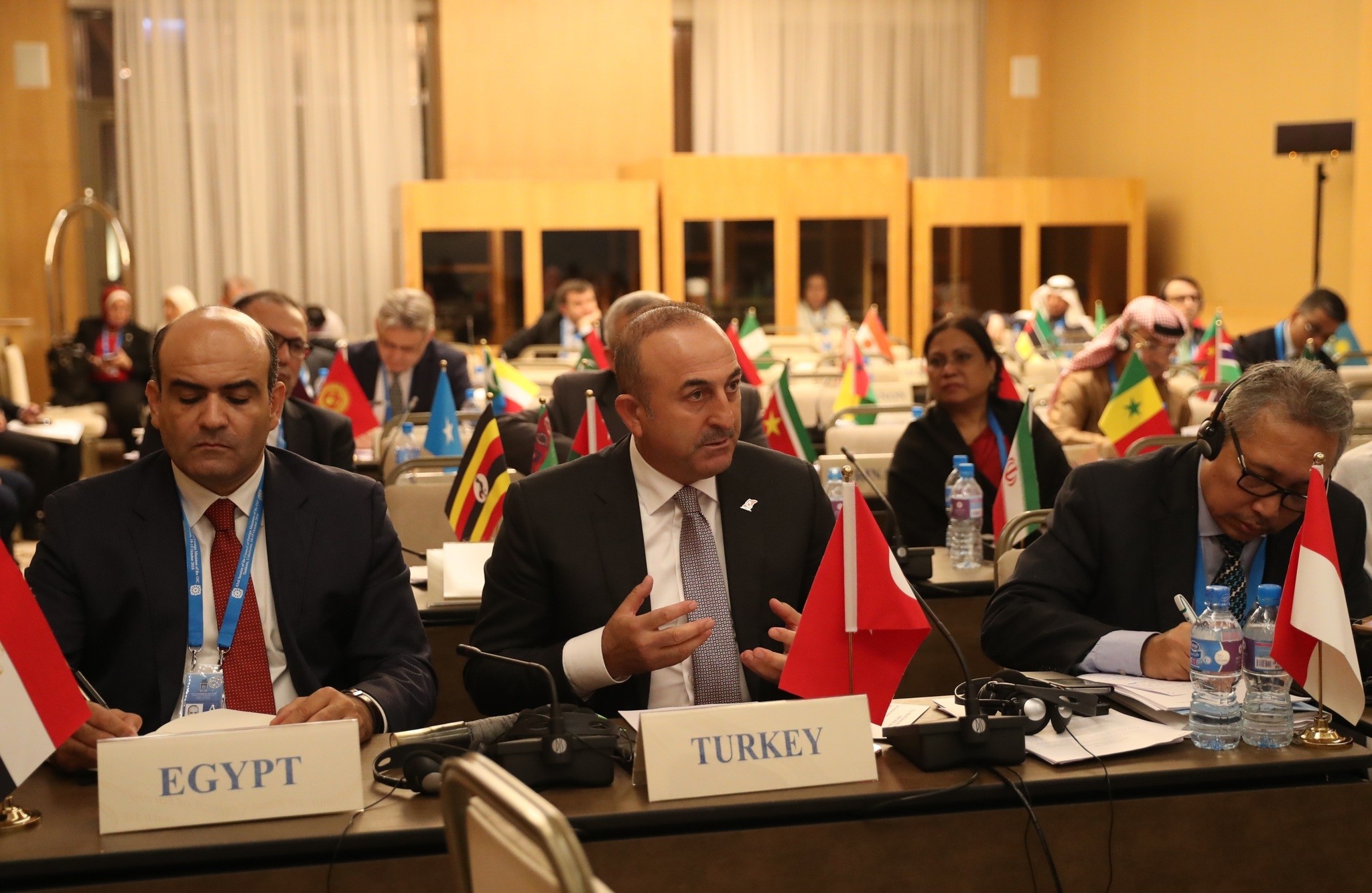 Foreign Minister Mevlu00fct u00c7avuu015fou011flu (C) speaking in a meeting of the 43the Foreign Ministers Council of the Organization of Islamic Cooperation in Tashkent, Uzbekistan, Oct. 18, 2016. (Anadolu Agency Photo)
by Daily Sabah Oct 19, 2016 12:00 am

The 43rd session of the OIC Council of Foreign Ministers which commenced in Tashkent, Uzbekistan yesterday, as well as the Organization of Islamic Cooperation (OIC) has listed the FETÖ, also known as the Gülen Movement, as a terrorist group, according to a statement by Turkish Foreign Minister Mevlüt Çavuşoğlu on his personal Twitter account Wednesday.

"We [Turkey] thank the Organization of Islamic Cooperation for showing solidarity, understanding and sensitivity and for declaring FETÖ as a terrorist group," Çavuşoğlu posted on Twitter in a tweet which also described the OIC's move as a "significant milestone." The development comes on the heels of a decision made by the foreign ministers of Gulf Cooperation Council (GCC) member states, who last week designated FETÖ a terrorist group, emphasizing their support for the Turkish government's recent moves against the group.

FETÖ is led by the U.S.-based Fethullah Gülen, who is the alleged mastermind of the vicious July 15 coup attempt which was defeated after hundreds of Turkish citizens took to the streets in protest at the behest of Turkish President Recep Tayyip Erdoğan.

Established in 1969, the OIC is the second largest intergovernmental organization in the world with 57 current member states and describes itself as "the collective voice of the Muslim world."

The 43rd session included discussions of the latest developments in Islamic countries, top international concerns, disarmament and countering the Islamophobia endemic and lastly terrorism, which topped the agenda.

The GCC foreign ministers also condemned terror attacks on Turkey, blamed on the PKK and other terrorist groups, affirming Turkey's right to defend itself. The session also addressed the ongoing Syrian crisis which continues to have a profound impact on Muslim communities in the region as well as the humanitarian crisis, the Greek Cypriot-Turkish Cypriot dispute and the annexation of Crimea. The foreign ministers also addressed the recent passing of controversial legislation by the U.S. Senate - known as the Justice Against Sponsors of Terrorism Act (JASTA) - condemning the legislation and saying it should be annulled for the security and peace of the U.S.