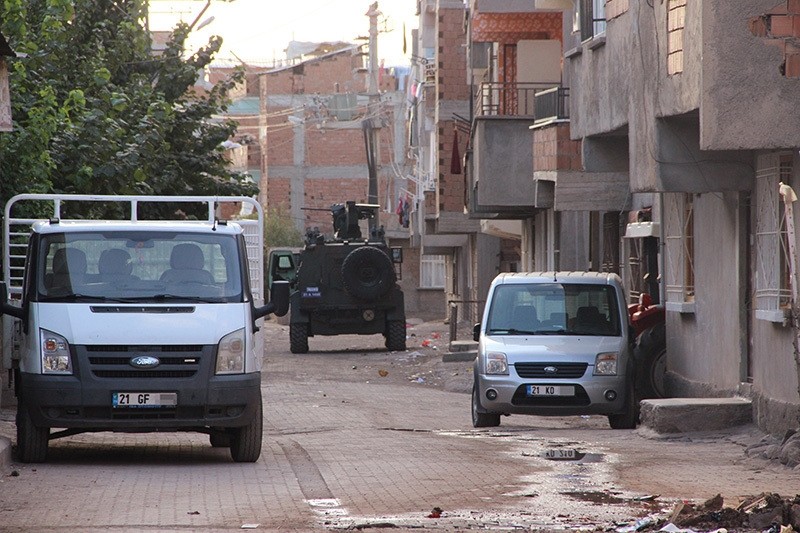 Daesh terrorists have been detanied in counter-terror operation by police in 25 locations in Turkey's southeastern Diyarbakır province at early hours on Wednesday.

Among the detained 20 terrorists, there were some plannig to carry out bomb attacks, police said.

According to the sources, in the operation, police broke shutters of a bookstore called 'Tevhid' which belongs to the terror group, found many weapons, documents and some rags including Daesh symbols.

The suspects were taken by police to give testimonies in police department.

On early Wednesday, police had carried out a counter-terror operation against Daesh in Ankara, and killed a Daesh terrorist who was suspect of preparing suicide attack.

Scores of explosives had been found in the suspect's home by bomb and crime scene investigation teams.