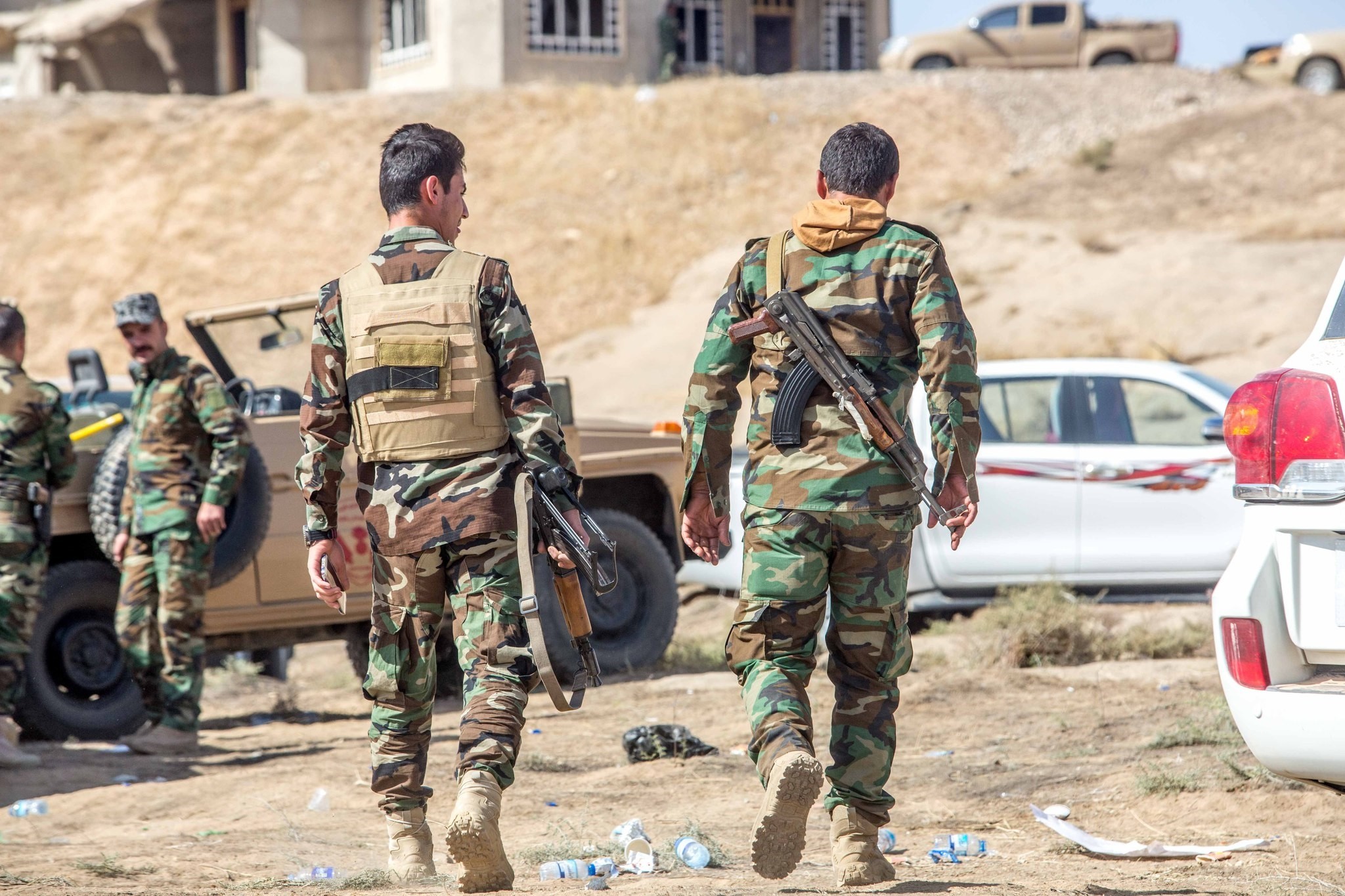 by Yunus Paksoy Oct 19, 2016 12:00 am
After months of preparation and discussions, the Mosul operation kicked off in the early hours of Monday with the successful peshmerga offensive that liberated nine villages near Mosul within the same day. Tuesday marked the second day of the operation which seemed to have slowed down due to Daesh suicide attacks, handmade explosives and smoke billowing in the air. Daily Sabah is covering the Mosul operation from villages near the city as coalition forces fight to retake the Daesh stronghold. The peshmerga forces issued a statement following the end of the first day, saying that the forces had captured all the assigned villages. 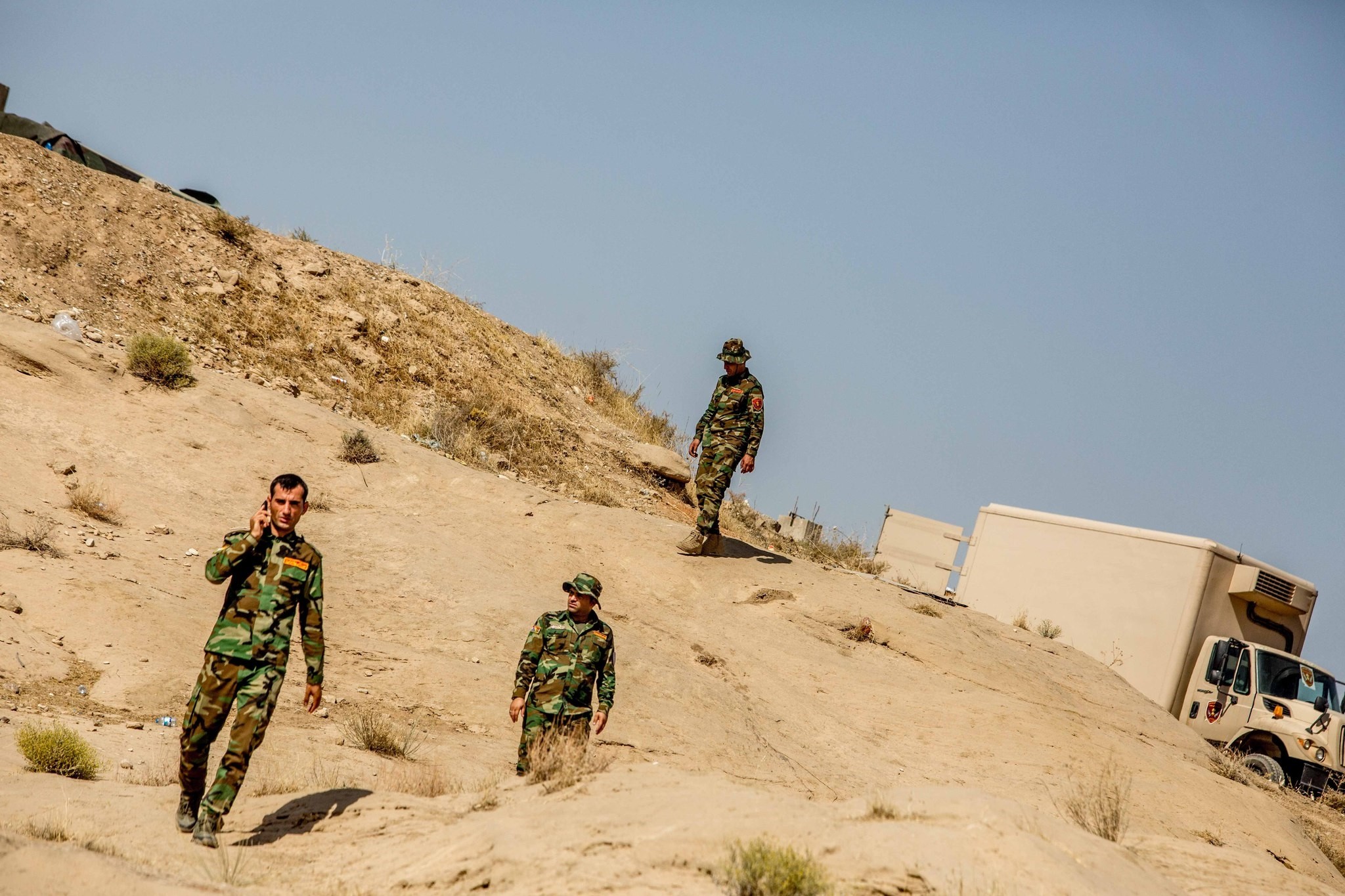 Speaking to Daily Sabah in a village some 30 kilometers away from Mosul, Ahmed Gerdi, a high ranking military officer, said that the peshmerga forces have shown great success in the first day of the operation, liberating six villages in "six-to-seven hours." 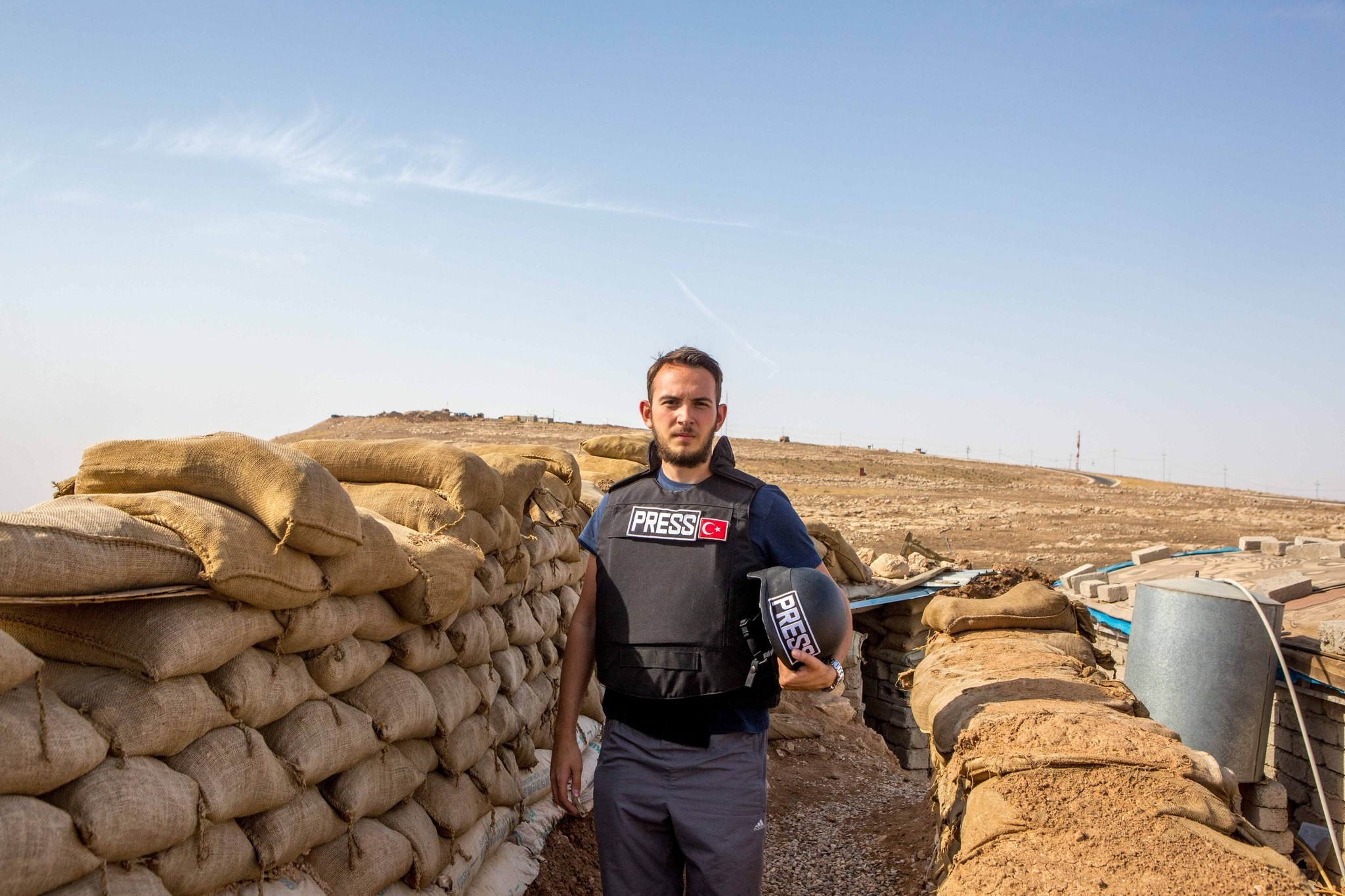 Tuesday, Iraq acknowledged that the offensive was continuing at a slow pace because of billows of smoke that hovered over Mosul after Daesh set fire to trenches it had filled with oil. Daily Sabah was also able to see the smoke billowing over the town of Bertillah, located approximately 15 to 20 kilometers outside of Mosul.

Peshmerga soldiers speaking to Daily Sabah in the front asserted that things are progressing favorably for the peshmerga forces. "We quickly liberated villages in the direction of Mosul. We made ourselves proud by fulfilling our part in the operation. Now, the Iraqi army has to weigh-in," a peshmerga standing guard in a trench on Zertek Mountain said. 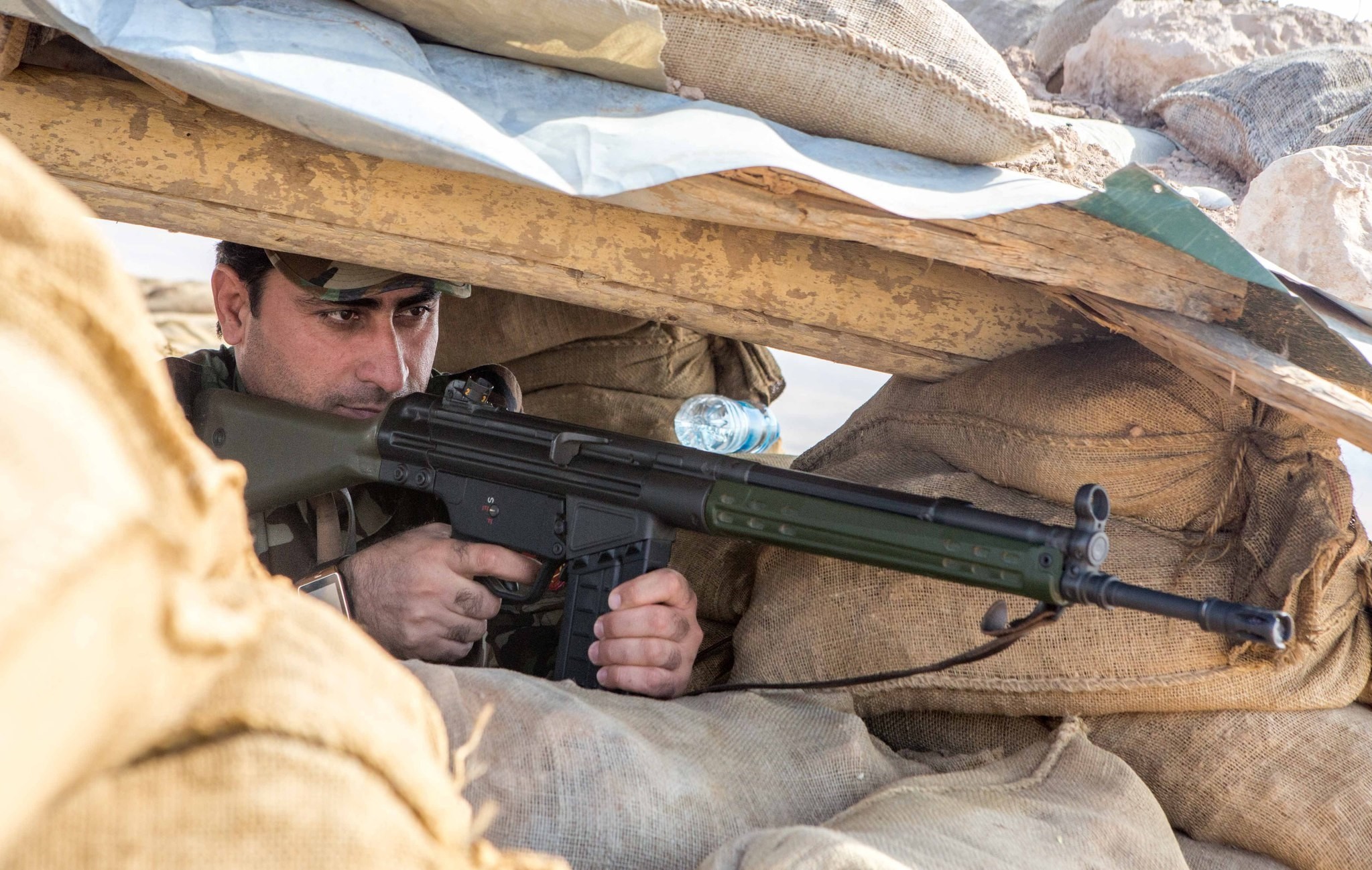 As the Iraqi army slows down due to Daesh attacks, there were also reports by the international media yesterday that the Iraqi army had delayed their advance at the request of the peshmerga forces.

While the peshmergas and the Iraqi army are caught up in fierce battles with Daesh, the dispute over whether Turkey will be involved in the Mosul operation and the post-operation continues. Even though President Recep Tayyip Erdoğan and Prime Minister Binali Yıldırım have firmly reiterated that Turkey will not abstain from having its say both during and after the operation, the Iraqi government does not agree. Gerdi said that the peshmergas cannot comment on Turkey's position in the operation, saying, "Turkey has to sort it out with the Iraqi government. If they are to participate in the operation, the two will act in collaboration," he asserted. 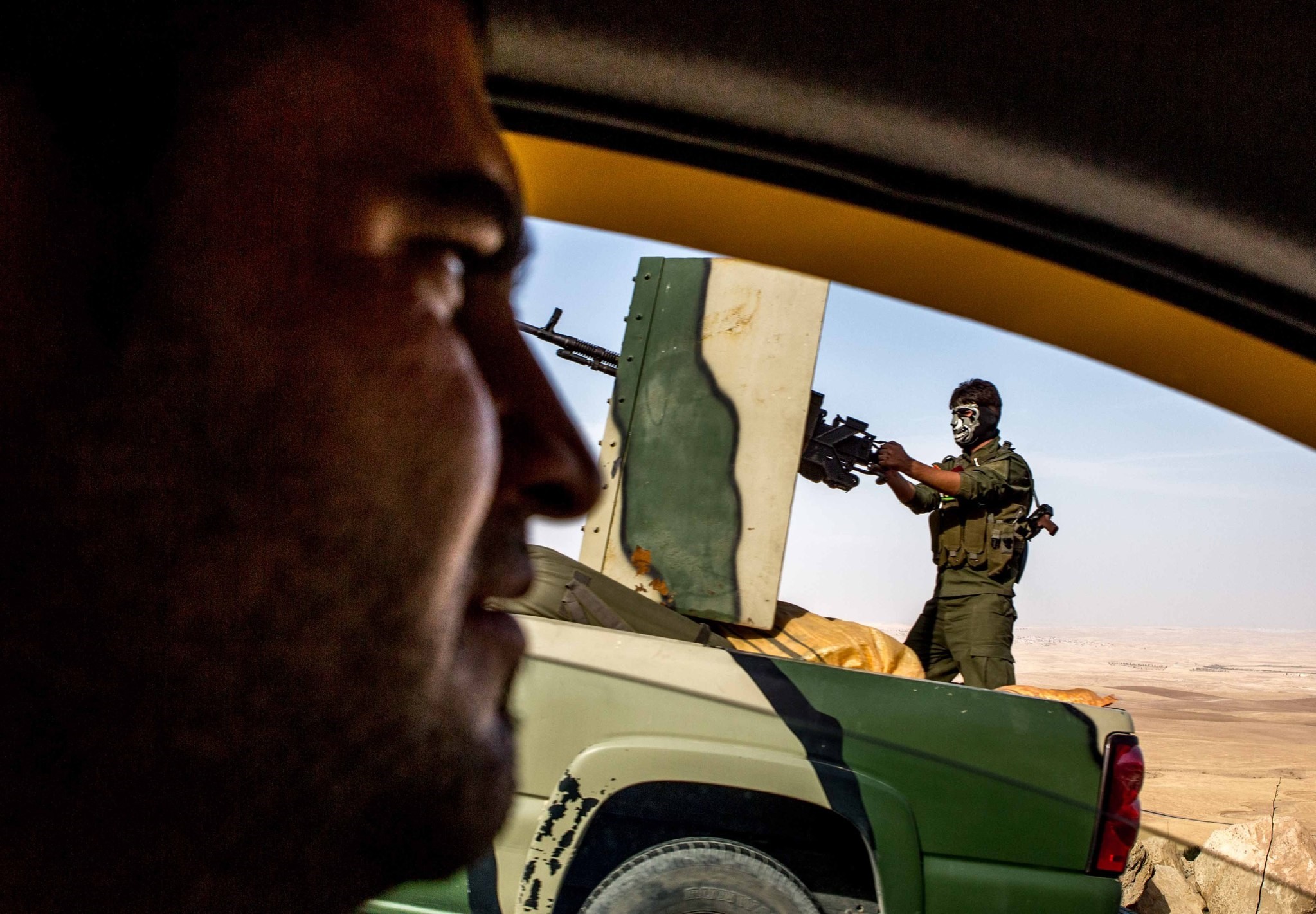 According to sources on the ground speaking to Daily Sabah, the peshmerga forces and Iraqi army were due to hold meetings yesterday regarding the Mosul operation. It remains unknown whether the Iraqi army will decide to restart the advance toward Mosul.

There is another topic of discussion as to which groups will be inside Mosul once the town has been liberated. When asked about it, Gerdi said that the peshmerga forces will not be inside. "However, I do not have any knowledge of who will be involved. Time will tell," he said.
RELATED TOPICS