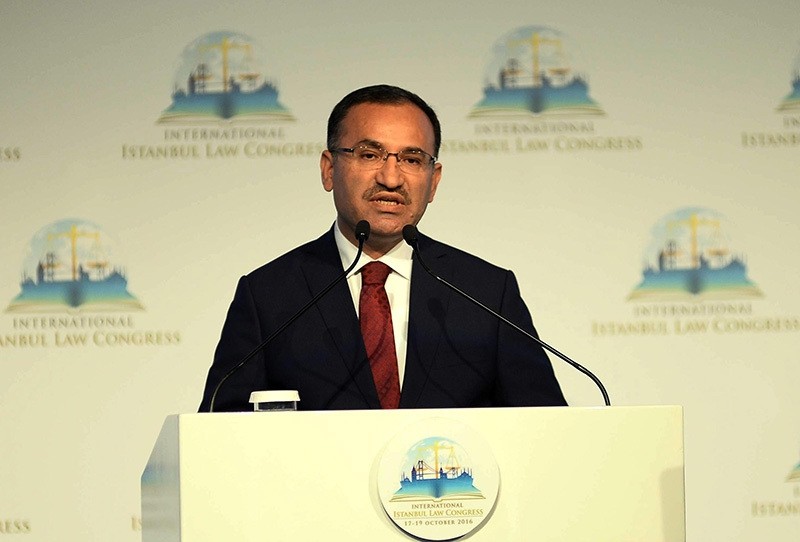 Justice Minister Bekir Bozdağ said Saturday that nearly 4,000 suspects linked with the Gülenist Terror Group (FETÖ) are still being sought as part of the operation launched into the group after the July 15 coup attempt.

Speaking to Justice and Development Party (AK Party) deputies during the party's 25th Advisory and Assessment Camp, Bozdağ said that 3,907 suspects were still being sought, while nearly 26,000 others have been released with judicial control.

Bozdağ said that nearly 82,000 individuals have been investigated since the coup attempt and that more than 35,000 have been arrested over alleged links to the group. Meanwhile, the minister added that about 500,000 pieces of digital evidence linked to the group had been seized on computers and cellphones during the investigation.

Foreign Minister Mevlüt Çavuşoğlu said nearly 500 workers in the Foreign Ministry were investigated as part of the process, including 30 that used the encrypted messaging application ByLock, which was allegedly developed and used by the group for internal communication.

The smartphone app was cracked by Turkish security agencies before the defeated coup, and they reportedly identified tens of thousands of members of FETÖ, a group Ankara has said was behind the attempted takeover. The ByLock codes were broken in August, resulting in 60,000 members being uncovered. Another encrypted messaging app, Eagle, was recently deciphered by intelligence officers. Prosecutors say that ByLock was popular among Gülenists as a secretive form of communication from 2013 to 2015.

Various ministries have since launched an investigation into workers who allegedly used ByLock by actively suspending and terminating app users found to be active members of FETÖ.

The failed July 15 coup attempt, which left 241 people dead and nearly 2,200 injured, was allegedly organized by followers of Fethullah Gülen, who has been living in self-imposed exile in Pennsylvania, U.S., since 1999. Gülen has led a long-running campaign to overthrow the state through infiltration of Turkish institutions, particularly the military, police and judiciary.