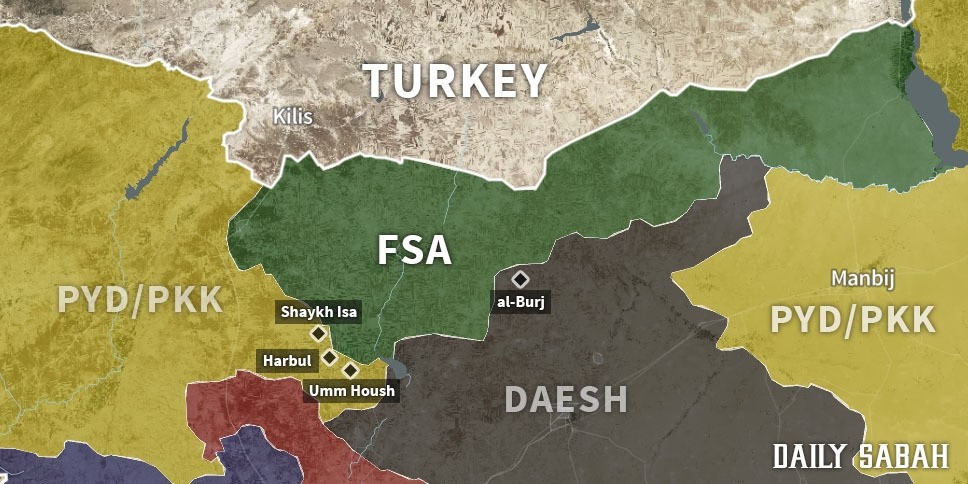 FSA fighters with the support of the Turkish military continued to attack the PYD/PKK-held Shaykh Isa, Umm Housh and Harbul villages, which are south of the FSA-held town of Marea.

Four FSA fighters were killed and 20 others were wounded in Saturday's clashes with Daesh and PKK/PYD terrorists, the statement said.

Turkish jets destroyed four buildings used as defensive outposts of the Daesh terror group in the village of al-Burj south of the Syrian town of Akhtarin, controlled by the FSA.

Meanwhile, coalition forces destroyed artillery in the area of Kar Kalbayn in one airstrike.