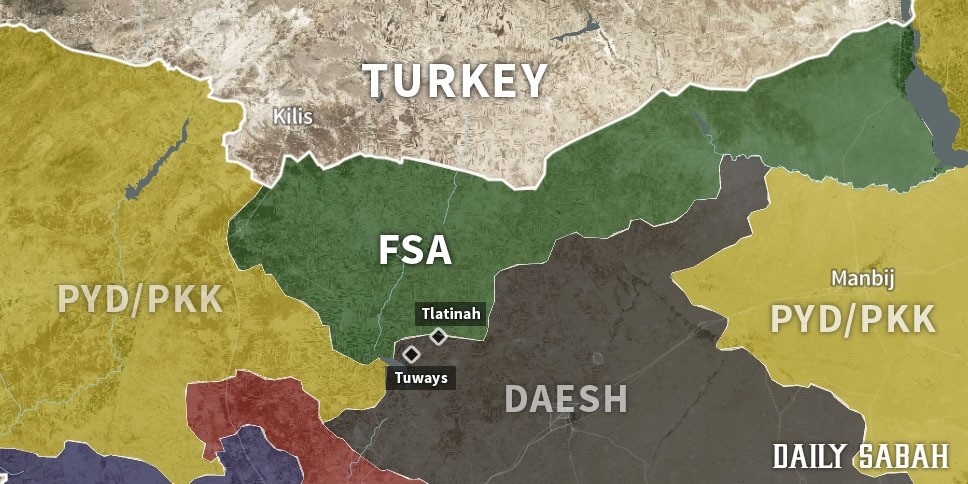 Tuways, Al Gharz and Tlatinah regions were liberated while five FSA fighters were killed and 28 were wounded in the attacks. No Turkish troops were injured, the statement released by the Turkish military (TSK) said.

A total of 72 Daesh and 15 PYD/PKK targets were pounded with rocket launchers, the TSK added.

Meanwhile, four Daesh terrorists were killed and two buildings used by the terror group were destroyed in the coalition airstrikes.