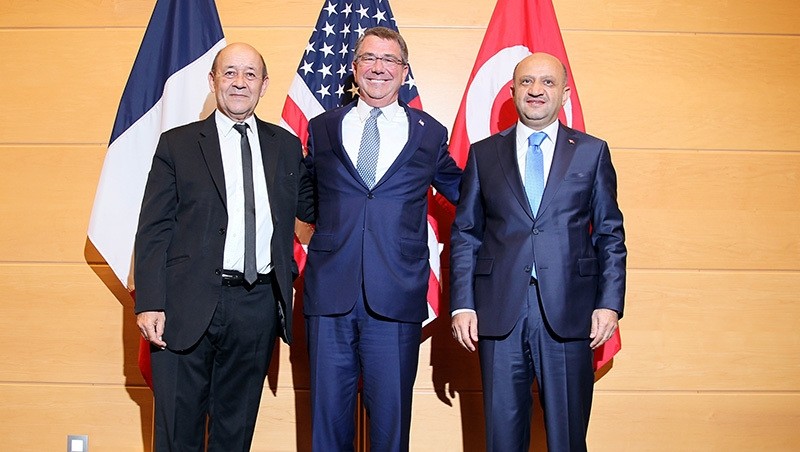 Defense ministers from Turkey, the U.S. and France on Wednesday held a trilateral meeting discussing the issue of Daesh terrorist organization.

Defense Minister Fikri Işık said in a statement after the meeting that there were no obstacles infront of Turkey to join air operations in Mosul and that Turkish warplanes were standing ready.

Işık also said that Turkey was pleased with its inclusion into the Mosul operation.

The ministers met on the sidelines of a NATO meeting in Brussels.

On a different note, British Defence Minister Michael Fallon said he hoped operations will begin shortly against the Daesh stronghold of Raqqa in eastern Syria as anti-Daesh forces close in on its Iraqi bastion Mosul.

"We hope a similar operation will begin towards Raqqa in the next few weeks," Fallon said as he arrived for a two-day NATO defence ministers meeting in Brussels.