US commander says YPG militants will be included in Raqqa operation 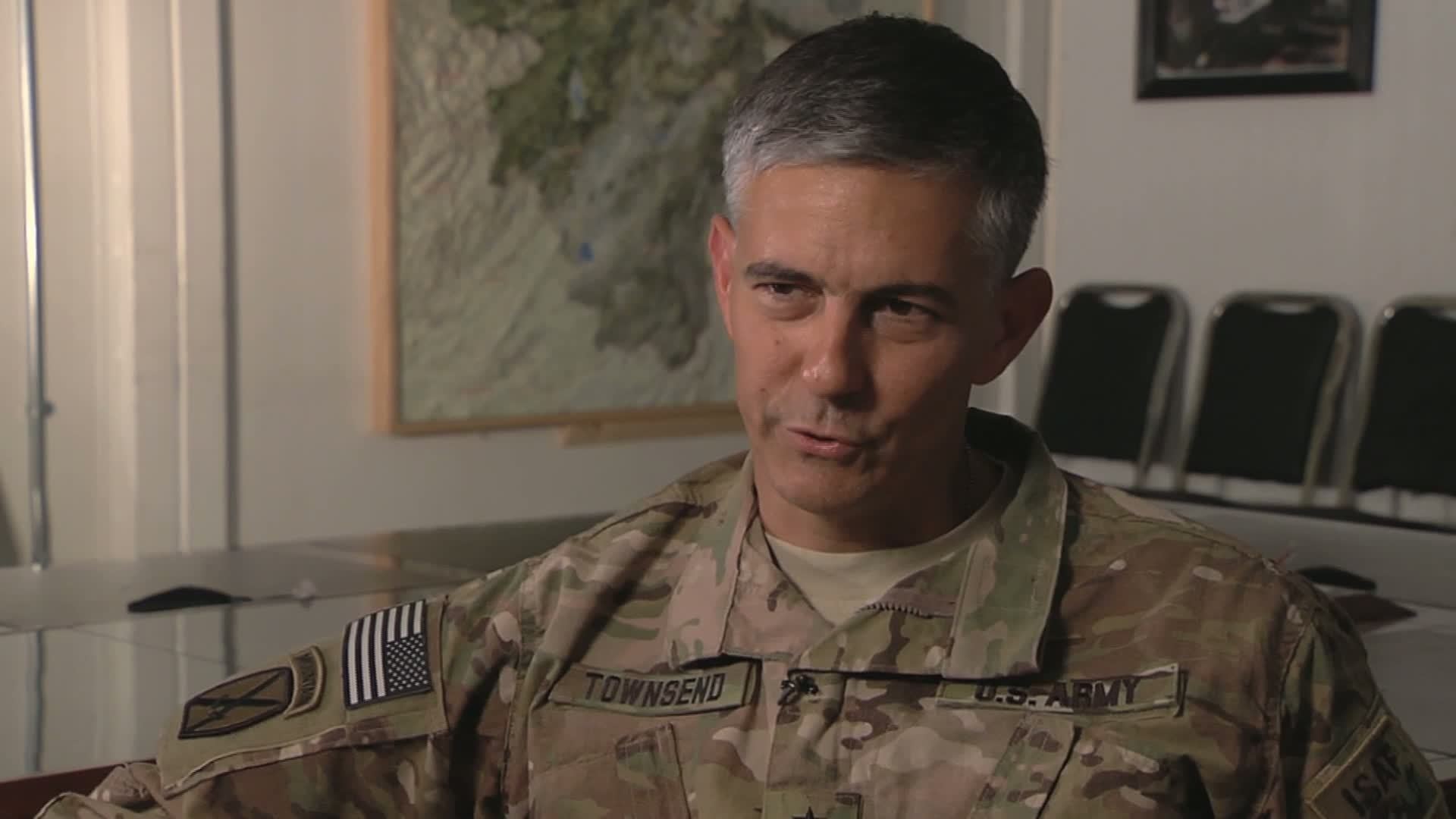 Despite increasing tensions with Turkey over the YPG, the Syrian wing of the PKK, the top military commander of the U.S. in Iraq said that the militants will be included in the upcoming Raqqa operation. General Townsend said that the Syrian Democratic Forces will join the ops, of which the YPG terrorists are a significant part

YPG militants will be a part of the forces to isolate the so-called capital of the Daesh terrorist group, Raqqa in northern Syria, the top U.S. military commander in Iraq said on Wednesday.

"The only force that is capable on any near term timeline are the Syrian Democratic Forces, of which the YPG are a significant portion," said Army Lieutenant General Stephen Townsend in a news briefing. "We'll move soon to isolate Raqqa with the forces that are ready to go."

The United States regards the YPG as an ally in its fight against Daesh, which has caused tensions to increase between the two countries as Turkey considers it as a terrorist organization because of its links to the PKK, which has killed over 40,000 citizens in a three-decade insurgency in Turkey.

The PKK, although claiming to be a "supporter of Kurdish rights," is decried by the majority of Turkey's Kurdish citizens. In the 30 years of warfare, the terrorist group has often targeted religious Kurds who do not accept its materialistic ideology and refuse to support the group financially.

President Recep Tayyip Erdoğan said earlier on the same day that Turkey is determined to clear YPG terrorists from a strategic border town in northern Syria "as soon as possible".

In August, Turkey launched Operation Euphrates Shield in support of the moderate Syrian opposition fighters, the Free Syrian Army (FSA) to remove Daesh terrorists from its border and also contain YPG militants, deterring them from crossing the Euphrates river and connecting the Manbij and Azaz pockets for a possible so-called "Kurdish corridor," which Turkey views as a terror corridor. The president also said that the PKK and its Syrian wing YPG had nothing to do with Kurdish identity or rights.

"We are determined to clear the PYD terror organization from Manbij as soon as possible," Erdoğan said.

"They will have to get out, leave and go beyond the Euphrates. If they do not go, we will do what is required," he told a group of neighborhood chiefs in Ankara.

On the same day, foreign minister Mevlüt Çavuşoğlu also said that Raqqa should be taken from Daesh by local forces as soon as possible. "If you consider the PKK and YPG to be local forces, we would not grant it," Çavuşoğlu added.

PKK-linked YPG terrorists took control of Manbij from Daesh militants in August as part of a YPG-led alliance with Arab fighters called the Syrian Democratic Forces.

The PKK - recognized as a terrorist organisation by Turkey and its Western allies such as the U.S. and the European Union - broke the ceasefire deal unilaterally last year, killing two policemen.

The president has persistently called on the YPG to withdraw to the east of the Euphrates River.

Erdoğan said the goal of the Turkey-backed opposition was to recapture Al-Bab in northern Syria from Daesh terrorists and then go forward to Manbij.

So far, the Turkish army has cleared 1,265 square kilometres (488 square miles) of territory from terrorists, including the Daesh stronghold Dabiq, which has symbolic importance. The Turkish border with Syria has been cleared of Daesh elements as part of the military intervention.