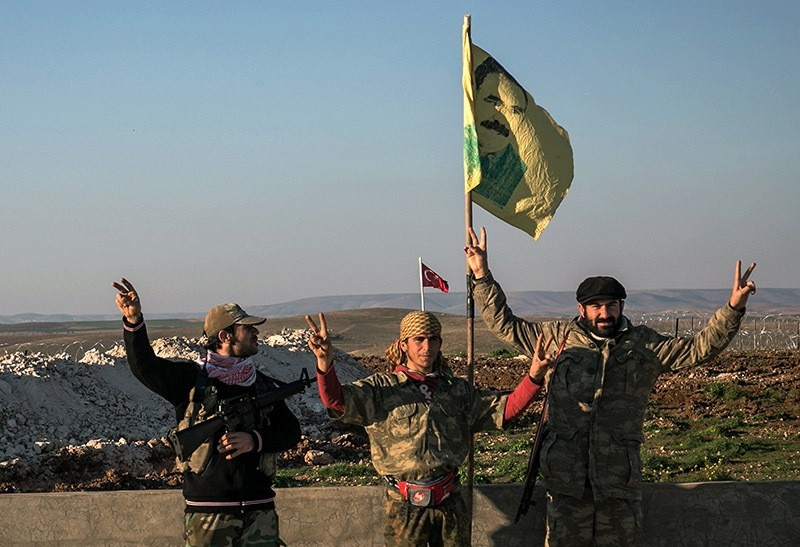 Two PKK terrorists sought by Turkey were recently identified as fighters in a statement released by the YPG, the military wing of the PYD, which is the Syrian affiliate of the PKK terrorist organization operating across Syria.

The YPG statement listed Vahdettin Uyanık and Şerifa Naşa, among 22 YPG members who were recently killed in clashes across Syria, a country torn by a brutal civil war which broke out in 2011 and has claimed more than 450,000 lives.

The YPG is the military branch of the PYD, which is the Syrian offshoot of the PKK — listed as a terrorist organization by Turkey, the U.S., and EU. PKK resumed its 30-year armed campaign against the Turkish state in July 2015. Ever since, PKK terrorist attacks have killed more than 600 security personnel and claimed the lives of many civilians, including women and children, while more than 7,000 PKK terrorists were killed in counter-terror operations.

İpek was responsible for the murder of eight members of Turkish security forces in twelve different attacks. The Turkish state offered TL 1 million ($323,000) for the capture of Ahmet İpek.