'Half a million pieces of evidence sent to US for Gülen' 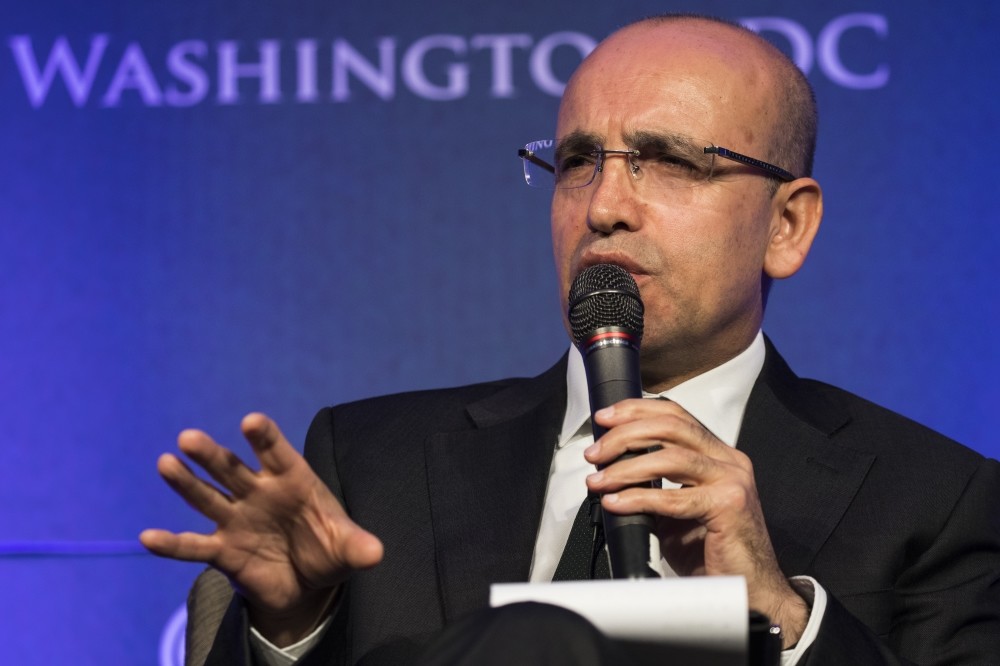 Deputy Prime Minister Mehmet u015eimu015fek
by Daily Sabah Nov 02, 2016 12:00 am
Deputy Prime Minister Mehmet Şimşek said Tuesday at a press conference in Washington that there is no doubt Fetullah Gülen, the leader of Gülenist Terror Group (FETÖ) was behind the failed July 15 coup attempt, adding there are nearly half million pieces of evidence in the files presented to U.S. authorities regarding Turkey's request for Gülen's extradition.

Speaking at the 35th Annual Conference on U.S.-Turkey Relations organized by the Turkey-U.S. Business Council (TAİK) and the American-Turkish Council (ATC), Şimşek spoke about the quick recovery of the Turkish economy after the failed July 15 coup attempt, pointing to fiscal discipline and continuous development as strong macroeconomic indicators of the country's economic growth. Regarding extradition procedures for Gülen, the deputy prime minister said, "We don't have any doubt that Fetullah Gülen was the person behind the coup attempt. There are nearly half a million pieces of evidence including informative statements that we have presented to the U.S. [government] regarding the issue."

Justice Minister Bekir Bozdağ said on Oct. 27 that Turkey had presented "more than enough" evidence to warrant an extradition during a press meeting that was organized following a meeting with his U.S. counterpart, Attorney General Loretta Lynch.

Responding to a question raised about concerns surrounding the legal decisions and the military operations of the government in eastern Turkey, Şimşek stressed that "Turkey does not have any problem with the Kurdish population but rather with the PKK which is listed as a terrorist organization by the U.S., the EU and the U.N."

The deputy prime minister said that while Turkey has taken many steps for democracy under the leadership of President Recep Tayyip Erdoğan in the last 15 years, stressing that the PKK tries to isolate the Kurdish people from the Turkish population and does not defend the basic rights and freedoms of the Kurdish people. "The PKK exploited the positive atmosphere in the past and started a fierce war against Turkey. Kurdish people are suffering for that reason. Further, there is strong evidence confirming that some of Turkey's eastern municipalities support the PKK. The future actions of the Turkish government should be made within the frame of this threat," he said.

Şimşek emphasized that the PKK poses a tremendous threat to the prosperity and stability of southeast Turkey, noting: "We cannot solve the problems of the Middle East by drawing new ethnic or religious borders. This always leads to new conflicts. The only solution for the problems in the Middle East is more tolerance, democracy, welfare and stability. However, we do not have them yet," he said.

Regarding U.S. collaborations with the PKK's Syrian offshoot the Democratic Union Party (PYD), Şimşek called the coalition "poisonous," concluding his remarks by saying that he expects U.S. officials to change their approach on the issue.
RELATED TOPICS