Germany sees no FETÖ presence despite hundreds of schools and fugitives 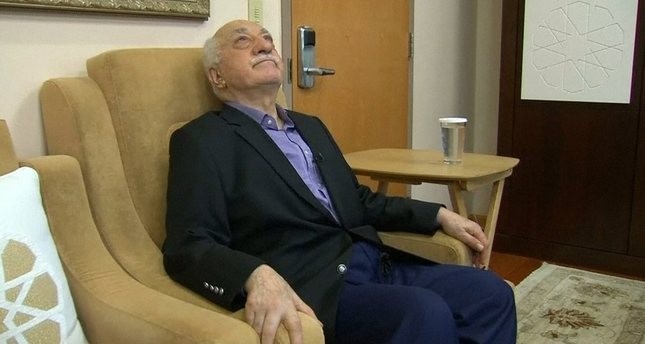 Fetullah Gu00fclen, who is the leader of the FETu00d6 living in the U.S., runs hundreds of schools and associations in Germany. His terrorist group has activities across the world.
by Daily Sabah Nov 03, 2016 12:00 am

Even though FETÖ runs hundreds of schools, associations and private tutoring schools across Germany, the German justice minister claims that the German government has no information about its network and there is no investigation underway

German Justice Minister Heiko Maas claimed that the German government has so far not launched an investigation into the Gülenist Terror Group (FETÖ), and there's not enough information on its structure.

Speaking to foreign journalists in the German capital city of Berlin, Maas said that the German government has close to nothing on whether Fetullah Gülen's group is a network in Germany as well. "As far as I know, there is no inquiry about the Gülen movement's network, and there is not enough information on the issue as to whether they are an organization in Germany," Maas contended.

Germany is one of the top destinations for FETÖ members. Around 4,000 FETÖ members have fled to Germany, a coup plotter confessed in his testimony. Recently, Parliamentary Secretary of the Interior Ministry Günter Krings responded to a question from Özcan Mutlu of the Green Party (Bündnis 90/Die Grünen) during a parliamentary session last week.

Mutlu asked: "How many Turkish diplomats have applied for asylum in Germany since the failed coup attempt in Turkey, and how does the German government deal with possible extradition requests from Turkey?" "After the attempted coup in Turkey, 35 persons with diplomatic passports submitted an asylum application to the Federal Office for Migration and Refugees (BAMF)," he responded.

FETÖ is also well established in Germany. According to figures, there are 24 state schools, more than 300 associations and at least 150 private-tutoring schools run by FETÖ.

Maas touched on the Turkish government's request from Berlin to extradite FETÖ members. In late September, Ankara asked German authorities to find, detain and hand over two high-profile Gülenists accused of plotting to overthrow the Turkish government. The Turkish embassy in Berlin recently sent a diplomatic note to the German Foreign Ministry and demanded an investigation be launched on the whereabouts of former prosecutors Zekeriya Öz and Celal Kara.

Maas said that the German government would investigate whether Turkey's requests are based on political reasons or not. He asserted that there would not be any extradition if the requests were made for the aforementioned reasons.

Öz and Kara played a key role in a controversial anti-corruption probe in late 2013, which targeted senior political figures in Turkey. Later, they were accused of fabricating false evidence, as part of a plot to overthrow the government.

The two former prosecutors have not been seen in public since they fled Turkey in late 2015, but various media reports claimed that they were hiding in southern Germany.

Last year, German authorities told their Turkish counterparts that they had no information supporting claims that the two suspects were hiding in the country.
RELATED TOPICS