12 killed, 100 injured by PKK terror attack in Diyarbakır after detention of HDP deputies 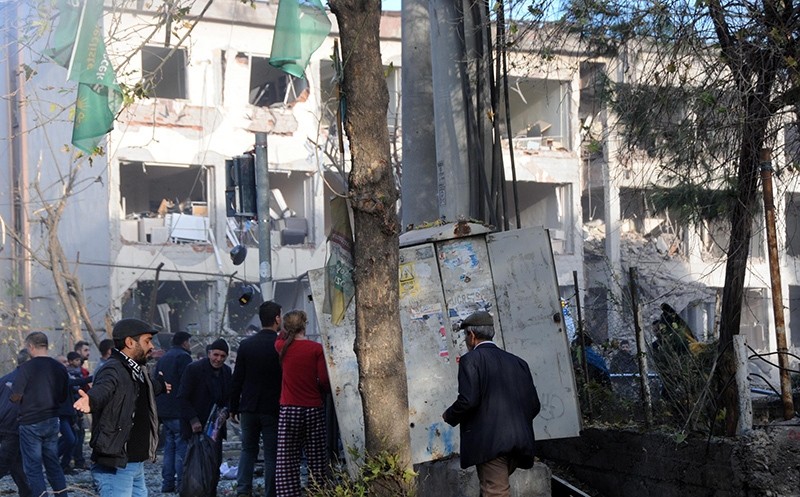 An explosion carried out by the PKK terrorist organization rocked the Bağlar district of Turkey's southeastern Diyarbakır province on early Friday morning, killing 12 and injuring more than 100 people, shortly after deputies, including the co-chairs of the pro-PKK Peoples' Democratic Party (HDP) were detained for refusing to bear testimony under the scope of an ongoing terrorism probe.

Prime Minister Binali Yıldırım told reporters in a live press conference that the attack had left eight people dead. Those killed were two police officers, a technician and five civilians. He also said that more than 100 people were injured and added that only seven of them remain in the hospital. Yıldırım also stated that one terrorist was caught dead.

According to reports, a bomb attack took place near the counter-terror and riot police branch in the Bağlar district, which was followed by clashes between police and PKK terrorists.

As the attack took place in a heavily populated and school area many civilians including children were injured. 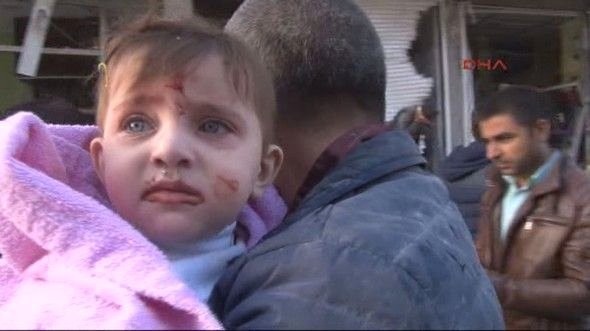 A child being carried away after deadly terror attack. (Photo DHA)

Vehicles and buildings around the blast were damaged by the explosion. Ambulances and firefighters were dispatched to the scene of the blast.

The explosion was reportedly carried out with a bomb-laden vehicle carrying over a ton of explosives.

The attack occurred following the arrests of 11 lawmakers from the Peoples' Democratic Party (HDP), including the party's two co-leaders Figen Yüksekdağ and Selahattin Demirtaş and parliamentary group leader Idris Baluken. The HDP is accused of having links to the PKK terrorist group. They were arrested for failing to answer a summons to testify as part of a counter-terrorism investigation, a security source said.

The deputies face prosecution under anti-terrorism laws after their parliamentary immunity was lifted earlier this year, along with other lawmakers from Turkey's main political parties. Unlike deputies from other parties the HDP lawmakers had refused to appear to testify.

30 children and infants have been killed in PKK attacks since August of last year.The PKK's campaign - killing civilians in the name of freedom for Kurdish citizens in Turkey - is not a new one. It is responsible for roughly 7,000 civilian deaths since it was founded. The majority of these victims were Kurdish citizens of Turkey who were killed for supporting the Turkish government at a time when attacks were intensifying in the predominantly Kurdish cities in eastern and southeastern Turkey where the PKK struggled to garner support.