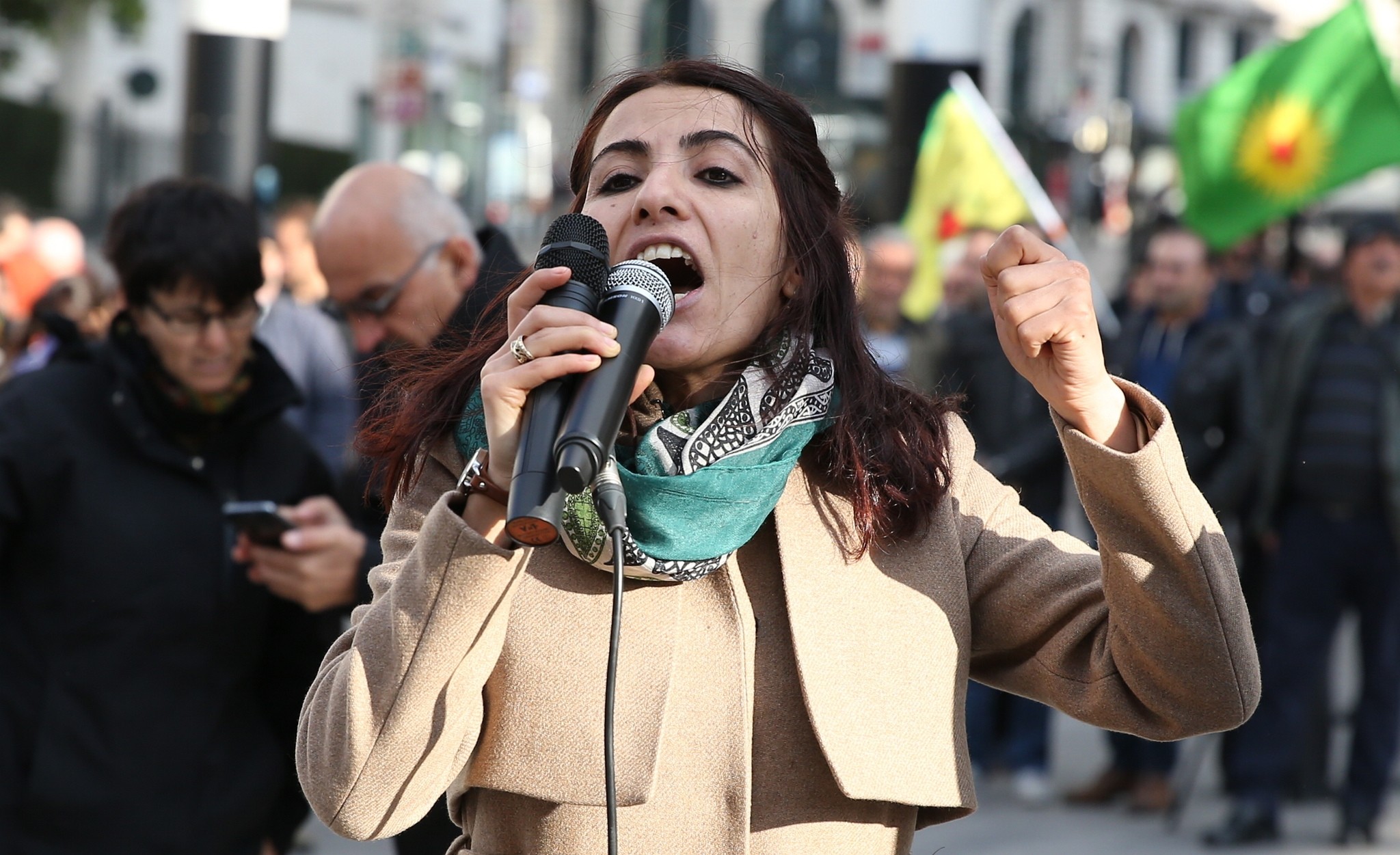 Two pro-PKK HDP lawmakers attended a protest in support of the PKK terror group in Belgium's capital Brussels despite having detention warrants issued in their names in Turkey over terror charges.

HDP's Şırnak Deputy Faysal Sarıyıldız and Van Deputy Tuğba Hezer Öztürk are both accused of "being a member of an armed terrorist organization" and "providing weapons and assistance to a terror group". The two were among the 12 HDP deputies, including the party's co-chairs Selahattin Demirtaş and Figen Yüksekdağ, who were warranted for failing to answer summons linked to a counter-terrorism investigation before public prosecutors.

"They can put all of us behind bars, we will not give up," Öztürk said in her speech in Brussels's Central Train Station.

Prosecutors are accusing Sarıyıldız of giving information to terrorists in southeastern Cizre district to help them to escape from counter-terror operations in the area and pressuring Kurdish locals to become a member of the terrorist organization.

On January 27, 2015 a large number of grenades, radios, long-barreled weapons, guns and bullets were captured by the police in searches conducted in a house in Ceylanpınar. It was found out that Sarıyıldız, had intended to send these weapons to PKK's Syrian wing the YPG/PYD and had driven to Ceylanpınar in a vehicle he bought off two suspects and then registered it in his name.

The PKK -- listed as a terrorist organization by Turkey, the U.S. and EU -- resumed its decades-old armed campaign in July last year. Since then, PKK terrorist attacks martyred more than 700 security personnel and also claimed the lives of many civilians, including women and children, while nearly 8,000 PKK terrorists were killed in army operations.