Turkey, US to work together on long-term plan to seize Raqqa 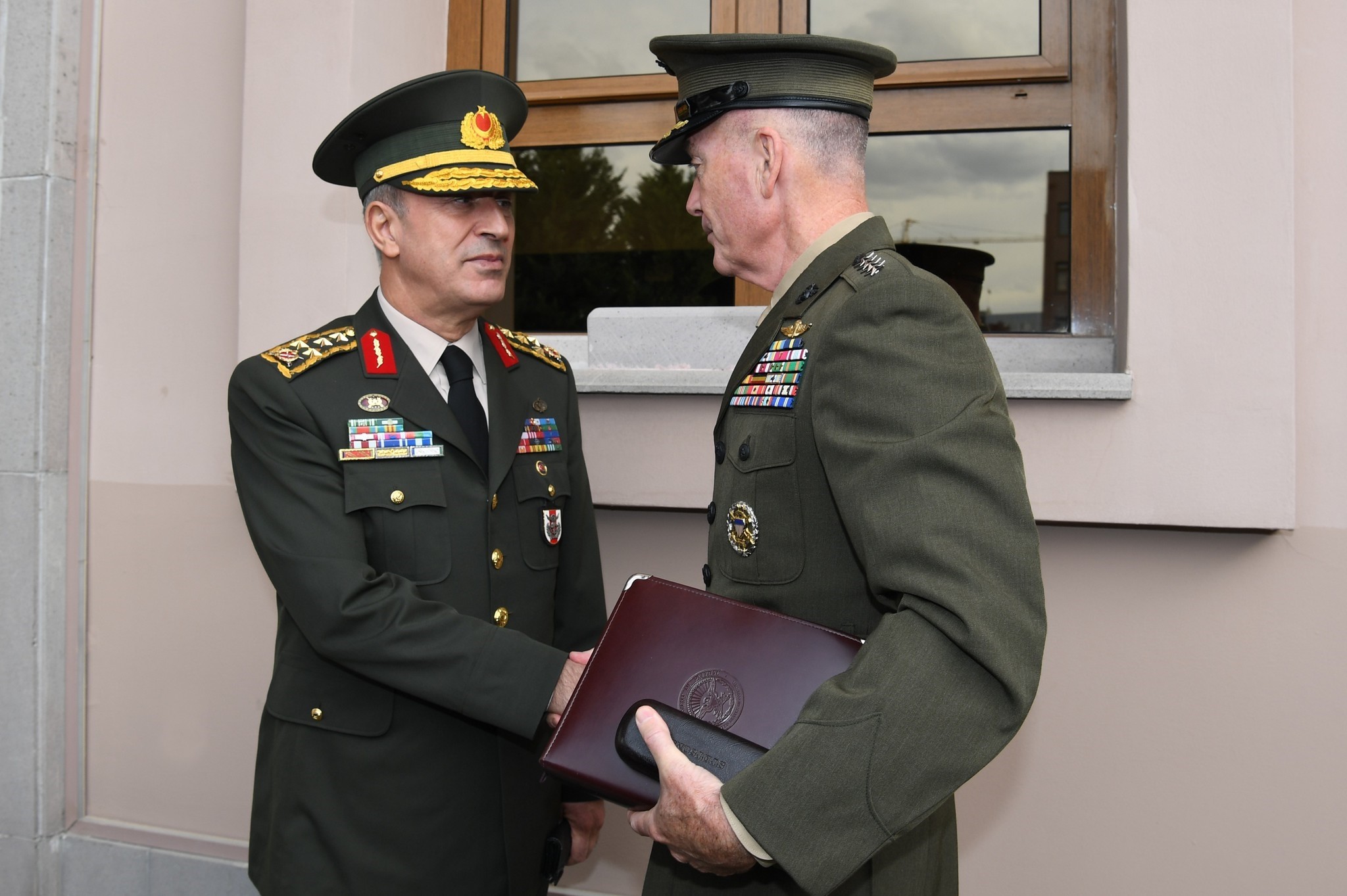 Turkey and the U.S. agreed to work on a plan to seize and hold the Syrian city of Raqqa, the so-called capital of the Daesh terrorist group, the Pentagon reported Monday.

The Pentagon has yet to release details but the Defense Department News quoted Gen. Joseph Dunford as saying, "The coalition and Turkey will work together on the long-term plan for seizing, holding and governing Raqqa". The Joint Chiefs of Staff chairman made the comment Sunday following a meeting in Ankara with Turkish Chief of General Staff Gen. Hulusi Akar.

The generals met to coordinate operational planning in different areas, including Raqqah, Mosul, Iraq, and others, according to the Pentagon.

The two countries also agreed to establish a dual coordination unit in each country to plan joint action in several locations and convene at crisis situations.

As part of this new mechanism, Dunford and Akar said that a high-ranking U.S. officer and staff will work in the Office of Defense Cooperation or the the Defense Attache Office in Ankara.

"Obviously as a close ally, we really just want to make sure that we're completely tight as we work through some challenging issues," Dunford said.

Over the weekend, the U.S.-backed Syrian Democratic Forces (SDF) launched an operation to isolate the city, but the group has been a concern for Turkey because the terrorist PKK/PYD and its military wing, the YPG, lead it, although the U.S. claims that it is multiethnic.

U.S. military leadership has said the SDF would play a role in isolating the city rather than hold it.

"We always knew the SDF wasn't the solution for holding and governing Raqqa," Dunford said. "What we are working on right now is to find the right mix of forces for the operation."

Turkey has proposed having local Arabs enter and hold the city.

Dunford also acknowledged that "a predominantly Arab and Sunni Arab force" is needed for the operation.

"And there are forces like that. There is the moderate Syrian opposition, the vetted Syrian forces and the Free Syrian Army forces, and there is some initial outreach to forces in Raqqah proper," he added.

On Sunday, the U.S. said it is in "close contact" with Ankara over the assault launched by the SDF, to recapture Daesh bastion Raqqa in Syria.

Kurtulmuş also noted that Turkey-backed Free Syrian Army (FSA) fighters have 12 km left to advance to al-Bab, and 173 villages in Syria have been liberated from Daesh terrorists, as part of Operation Euphrates Shield. The FSA is expanding operations to al-Bab due to its geostrategic position between the cities of Manbij and Aleppo. It is also aimed at sweeping out Daesh and liberating the people of al-Bab.