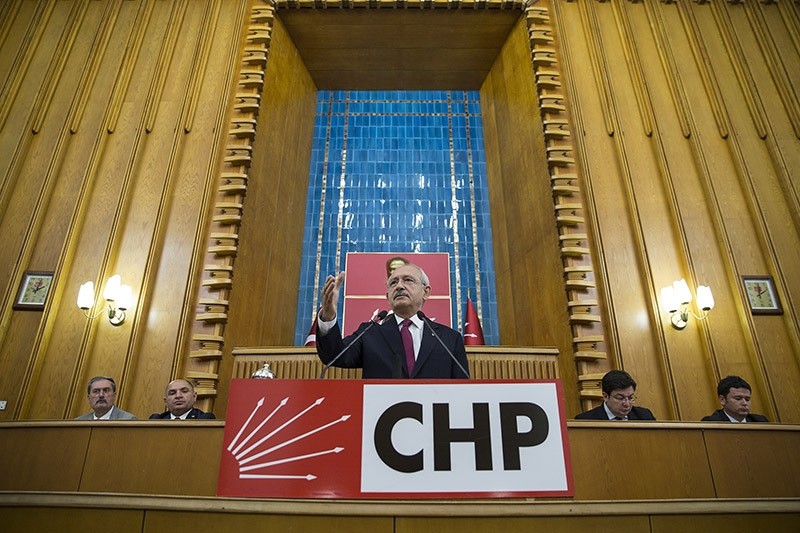 Kılıçdaroğlu referred to the arrests of pro-PKK HDP members and reminded that being elected cannot be used as an excuse to not fulfill legal duties of appearing in front of prosecutors and judges when requested to do so. He added that nobody has the privilege to be above the rule of law.

Meanwhile, the CHP party caucus declared Monday that deputies should not be arrested until a final verdict is issued by courts.

The CHP leader also criticized the scandalous verdict of a Belgian court, which had ruled on Nov. 3 that the activities of the PKK terrorist organization cannot be classified as terrorism and rather fell under the definition of an "armed campaign."

Parliamentary immunity for already existing cases of deputies from all four parties in parliament was lifted earlier this year.

Several HDP deputies, including party co-chairs Figen Yüksekdağ and Selahattin Demirtaş, were detained by security forces for refusing to bear testimony under the scope of ongoing terror probes.

The HDP has come under fire for its close links to the PKK. Members of the party have so far declined to call the PKK a "terrorist group," attended PKK militant funerals, two of whom were the suicide bombers that killed scores of civilians in multiple bombings in Ankara.

Since July 20, 2015 the PKK terror organization has killed 787 security forces and 312 civilians. The PKK is officially listed as terrorist organization by both the U.S. and EU.