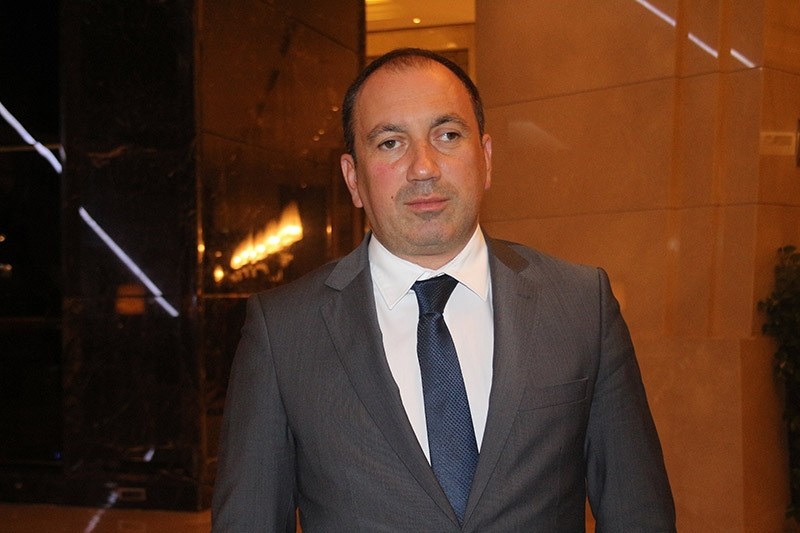 Crnadak spoke at a news conference in Banja Luka following an official visit to Turkey's capital Ankara on Thursday.

"Turkey considers that this organization is dangerous, so it warns Bosnia, like other countries," he said. However, he denied Bosnia was coming under pressure from Turkey over the presence of such schools in the Balkan country.

"[Bosnian] entities and cantons have authorities for these schools. Our position is to monitor developments and stay in touch with Turkey. However, we do not have any pressure from Turkey," said Crnadak.

The Gülenist Terror group, known as FETÖ, operates a total of 40 schools in the region including 15 institutions in Bosnia, 12 in Albania, seven in Macedonia, five in Kosovo and one in Serbia.

Schools affiliated with FETÖ in Bosnia and Herzegovina include four preschools, five elementary schools, five high schools and one university operating in areas including the capital Sarajevo plus Mostar, Bihac, Zenica and Tuzla.

Earlier on Friday, a written statement from Bosna Sema Educational Institutions -- which has associations with FETÖ organizations -- said that negotiations for the sale of properties to investment fund U.S. Global Invest had been successful.

The terror network has operated in Bosnia and Herzegovina since 1998, establishing Bosna Sema education facilities the same year.

Sarajevo's International Burch University has an effective role in structuring the network. In the tourism sector, the well-known company Fidan provides public employees with tours to Turkey. Fetullah Gülen's books are available in Bosnian through Hikmet Publications.

FETÖ faces heightened scrutiny after being accused of attempting to topple the democratically elected Turkish government in the July 15 coup attempt, in which 246 people were killed and 2,200 were injured.

FETÖ operates in a secretive structure, with leaders and representatives at the district, provincial and national levels who act as insiders and decision-makers steering the movement.

Some African countries, including Somali, took action following the July 15 coup attempt regarding FETÖ schools in the country. Guinea also declared its support for Turkey in its struggle against FETÖ as the government of Guinea transferred the administration of five schools run by the terrorist group to the Turkish Maarif Foundation.

Ankara expects the same cooperation from Balkan countries. In late October, Serbian Foreign Minister Dacic expressed clear support for Turkey in its war on terror, saying that Serbia will not be a shelter for FETÖ.