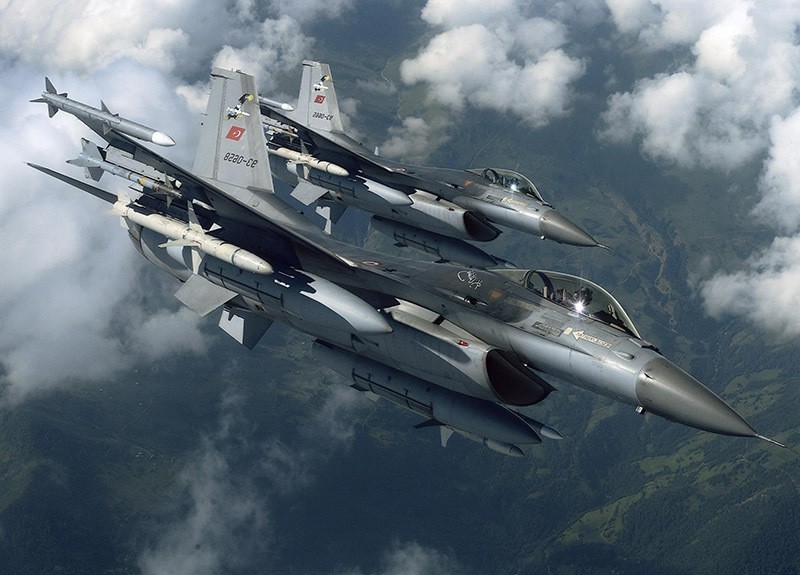 Turkish jets have killed 18 Daesh terrorists during airstrikes in northern Syria on Friday as part of the ongoing Operation Euphrates Shield, the Turkish Armed Forces (TSK) said on Saturday.

The jets destroyed two buildings, two command centers and one vehicle of the Daesh terror group in the airstrikes, the written statement added.

Turkish jets have for the first time carried out an airstrike in northern Syria since Oct. 23.

After the last airstrike on Oct. 23 which killed up to 200 PKK/PYD terrorists, the Assad Regime had been been locking on Turkish jets with its air defense system.

Turkey considers both PKK/PYD and the Daesh group as terrorist organizations and vows to fight them.

Ankara has firmly stated that the presence of terrorist YPG, which is the armed brand of the PYD, in northern Syria consists of a national security threat for Turkey's borders as it is linked to the PKK terror group.

Turkey has long argued that there are arms and logistical equipment transferred from the YPG to the PKK.

The United States sees the YPG as its main partner against Daesh in Syria, while Turkey argues that both are terror groups and Washington should not pick-and-choose when it comes to terrorist groups.