Amid PKK's terrorizing attempts, reconstruction speeds up in southeast 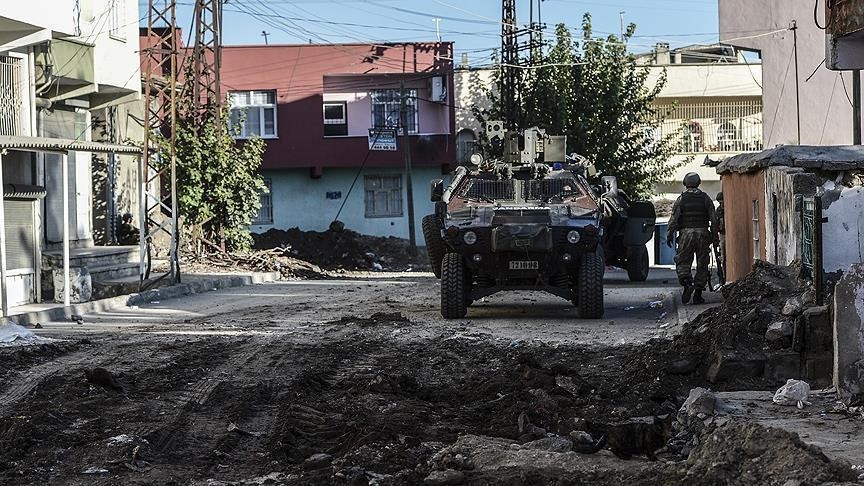 Barricades were erected and ditches dug by the PKK last year in order to prevent Turkish security forcesu2019 entrance to cities in southeastern Turkey. (AA Photo)
by Daily Sabah Nov 14, 2016 12:00 am

Even though the PKK's efforts to spread conflict with security forces to urban areas through digging ditches and setting up barricades failed, there are various areas in the southeast of the country that have been badly effected. Since then, Ankara has made great reconstruction efforts to rectify the problem, set to be completed next year

The Ministry of Environment and Urbanization announced on Friday that some 30,000 new houses will be constructed in the southeast, which has been heavily affected by anti-terror operations against the PKK after the terrorist organization tried to carry the clashes to urban areas. "Nearly 30,000 houses became unusable as a result of clashes with the PKK. Meanwhile, because of [pro-PKK] municipalities in the region serving Qandil Mountain [PKK headquarters] instead of the people as their primary responsibility, citizens cannot access infrastructure services," said Environment and Urbanization Minister Mehmet Özhaseki.

He said that order and safety has been maintained in the terror-torn southeastern region and the area has started to heal its wounds.

The ministry's reconstruction efforts – budgeted at $10 billion – are continuing intensively in the Sur district of Diyarbakır, the Cizre, İdil and Silopi districts of Şırnak, the Nusaybin district of Mardin and the Yüksekova district of Hakkari. The minister underscored that the restoration process for historical buildings, mosques and churches and recreation work in the historical Sur district are being carried out according to the Conservation Development Plan introduced in 2012. "We are planning to finish all work in the region except the Sur district in a year. However in Sur, reconstruction of historical houses may take a little bit more time," said Özhaseki.

The PKK terrorist organization introduced its new strategy in recent months, which is to assassinate political figures and public servants in the southeast who refuse to obey their terror policies after the organizations' attempts to carry the war into urban areas collapsed because of successful anti-terror operations and the lack of cooperation from the people in the region. In parallel to this strategy, two district-level politicians from the ruling AK Party were assassinated in early October, along with Mehmet Şerif Doğu, a councilman in the Erciş Municipality appointed by state decree. The governor of the district of Derik in southeastern Mardin province succumbed to his wounds in a local hospital on Friday, one day after the PKK attacked the local governorate building.

In the Eruh district of southeastern Siirt province, 18 people were detained as part of an investigation against PKK members. Some of the detainees were allegedly on track to assassinate the district governor of Eruh, Murtaza Dayanç.

According to a statement from the Siirt provincial security directorate, security forces launched the anti-terror operation after receiving a tip that a conspiracy had been prepared against public servants appointed by the state. The detainees, including the former mayor of the Eruh district, are accused of preparing an armed bombing attack, aiding and abetting and cooperating with a terrorist organization.

The statement also said that the struggle against every menace threatening the life and property of local people would decisively continue.

Meanwhile a curfew was declared for eight neighborhoods in the southeastern province of Diyarbakır due to anti-terror operation preparations against PKK terrorists in the region.

According to a statement by the Diyarbakır Governorate, the anti-terror operation aims to clear shelters, coves, depots and flak positions in the mountainside and forestland in the Lice, Hani and Kocaköy districts used by PKK terrorists and to neutralize PKK terrorists, including senior figures that continue their activities in the region.