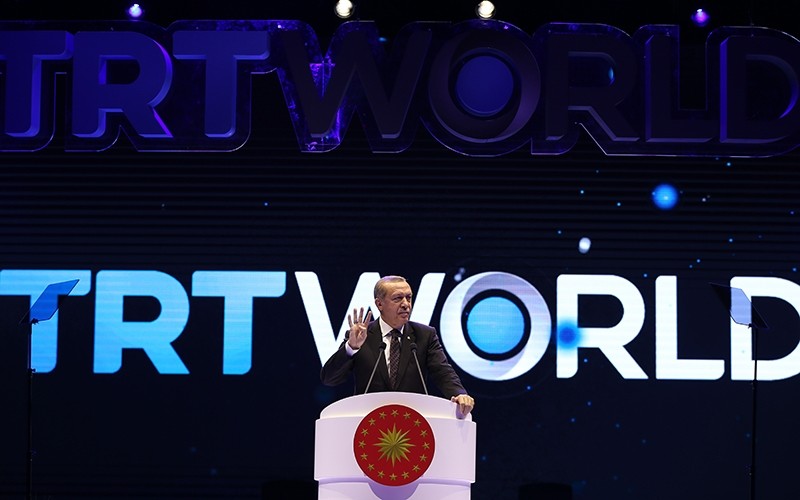 President Erdou011fan spaks at the TRT World Gala held in Ankara on Nov. 15, 2016. (AA Photo)
by daily sabah Nov 15, 2016 12:00 am
President Recep Tayyip Erdoğan said late Tuesday that foreign media institutions have turned a blind eye to the nation's bravery and tolerated, even symphatized with the PKK and Gülenist terrorists.

"After the July 15 failed coup attempt, foreign media has turned a blind eye to Turks' bravery, and also symphatized with PKK and Gülenists terrorists," he said, speaking in Ankara during the gala of Turkey's first English-language channel TRT World.

"If the coup prevailed, the plotters would have shut down Turkey's only English-language channel, hence silenced its voice to the world," he said, adding that the coup soldiers targeted the channel during the attempt in an unsuccessful raid.

"What we've gone through after the July 15 coup attempt revealed the double standards and black propaganda targeting us," he added.

"We have led the fiercest fight against Daesh and have been subjected to black propaganda by the West."

"I believe TRT World will be Turkey's window to the world," Erdoğan concluded.

The channel had launched its first test broadcast back in May, 2015 and on Tuesday, November 15, 2016 it held its official launching night at the Beştepe National Congress and Culture Center in Ankara.